Soldiers in US Army to be outfitted with tiny spy drones 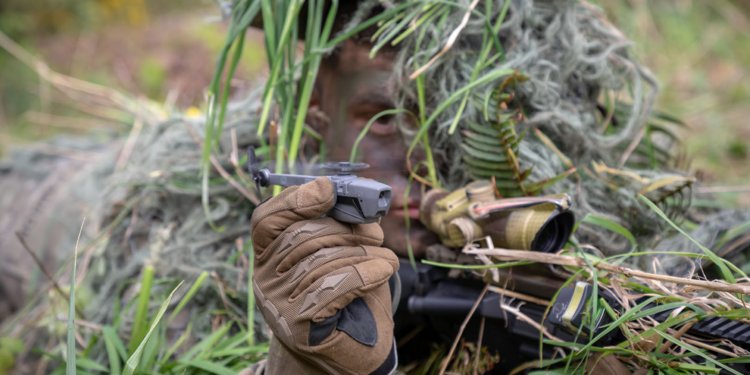 Soldiers in the United States Army will soon be outfitted with pocket-sized drones capable of covertly assessing and reporting on battlefield conditions, according to new reports.

The drones are almost entirely silent, according to FLIR Systems, as they hover discreetly over the battlefield, stealthily detecting and identifying potential threats in the battlefield and relaying high-definition images and live videos of the battlefield back to the operator, potentially saving soldier’s lives with the intelligence they communicate. At just 6.6 inches in length and weighing just 1.16 oz, the drones will fit in the palm of a soldier’s hand and can be carried in the soldier’s pocket or on a utility belt, according to reports. Once deployed, the drones can offer soldiers situational awareness of the battlefield for up to half an hour on a single charge and at a range of 1.24 miles, day or night.

"With a camera in the air vehicle, soldiers will be able to see further and around obstacles that they previously wouldn't be able to see in near real time," said the U.S. Army.

Delivery of the drones to U.S. Army soldiers is set to begin later this year.

As drone technology becomes more and more sophisticated, the technology has been incorporated into a host of applications including medical supply delivery and to assist search and rescue dogs. The technology has also played a role in helping to fight Colombia’s war on drugs.

By posting a comment you confirm that you have read and accept our Posting Rules and Terms of Use.
Advertisement
RELATED ARTICLES
The military now recruiting drones
US Army bringing AI, drones to the battlefield
British Army to test virtual reality training for soldiers
Army soldiers will soon get facial recognition goggles
Video: U.S. Army Orders Suicidal Drone Killers
Advertisement