Eight industries that will need to adapt to automation

Automation and artificial intelligence (AI) are poised to impact just about every industry, changing how jobs are done and who does them, and making the workplace more efficient and more productive.

Some of the industries likely to be most affected by automation, in no particular order, are as follows.

With countless automakers and startups making preparations for self-driving and autonomous car technology, it is no wonder transportation is topping nearly every list of industries likely to be most affected by automation. Everyone from Ford to Uber is exploring the technology thanks to reports autonomous cars will likely improve traffic and safety, reducing the number of accidents, lowering energy costs and saving money. Self-driving technology will not only impact how people get around, but also how goods are shipped and transported and, inevitably, those doing the driving.

Machine learning and AI have vastly improved the speech and communication capabilities of robotic customer service agents. One recent example of automated customer service is happening at the fast food giant McDonald’s, where AI controls a customized menu and customers announce their selections to an automated system that reports those orders back to the kitchen.

Automation is taking over a number of tasks related to the finance industry, from maintaining financial data and other accounting tasks to the emergence of robo-advisers that offer up financial recommendations and suggestions to customers. AI is even being used to determine the creditworthiness of people looking for loans. 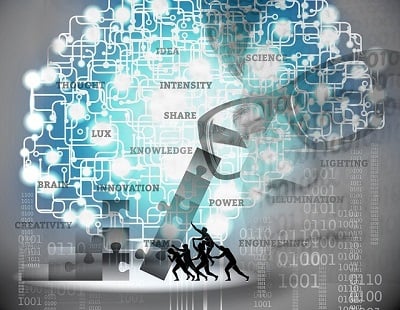 Figure 1: When automation arrives in a particular industry to take over repetitive tasks, workers will be able to take on more creative ones.

The rise of robots in the food service industry is fast becoming a daily headline. A robot waitstaff is now taking orders and delivering food at a restaurant in Nepal. Meanwhile, AI is doing food prep in the kitchen at a hot pot restaurant in China, while Flippy the burger-flipping robot is flipping burgers in a California restaurant.

The number of social robots emerging in the healthcare sector seems to grow by the day, be it robots that care for patients, to those designed to fight infection in hospitals. There are even specially designed robots to help care for the elderly. Researchers at Swinburne University of Technology in Melbourne, Australia, have even recently developed a collaborative robot that treats soft tissue injuries in patients.

In light of a recent global shortage of farm workers, certain fruits and vegetables are literally being left to wither on the vine. Consequently, a host of autonomous picking robots have been devised by robotics companies around the world with results such as an autonomous apple-picking machine that suctions apples from their branches and robots that pick softer fruits such as raspberries and strawberries.

As e-commerce juggernauts like Amazon seemingly take over the world, delivering goods as fast as they are ordered, many traditional brick and mortar stores are undergoing a makeover. Amazon has been experimenting with cashier-less stores where customers select items from a shelf and pay for the items through a system of facial recognition technology, without ever encountering a human worker. Similarly, a startup in India has developed a personal assistant robotic shopper called Spod that is designed to assist those shopping for groceries by making product recommendations based on customers’ age and gender.

Amazon, a trailblazer in automation, is one of many companies with warehouses that now employ robots to assist with warehouse tasks. Notably, the retail giant recently debuted a robot “highway” at its Denver sorting facility. There, 800 robots autonomously sort packages and group them according to their destinations. Similarly, a team of computer scientists from Rutgers University are manipulating a robotic arm using AI to more efficiently package boxes in warehouse settings.

Although the impact of automation will likely be felt across all industries, reports on automation suggest that workers less affected by automation will have a skill set that is not available to robots…yet. That skill set includes social and emotional skills, leadership skills, negotiation skills, problem-solving skills, creativity and the ability to empathize.

As jobs change, experts recommend that to keep up, the workforce will need to acquire new skills or update current ones, suggesting that when automation does come to a particular industry to take over repetitive tasks, workers will be available to take on more creative ones.

By posting a comment you confirm that you have read and accept our Posting Rules and Terms of Use.
Re: Eight industries that will need to adapt to automation
#1

A very high level post with a knowledgeable information .thanks you for giving me such a nice information for my amazing grade.