Tiny Microplastics in the Ocean Also a Threat to Whales, Sharks: Study 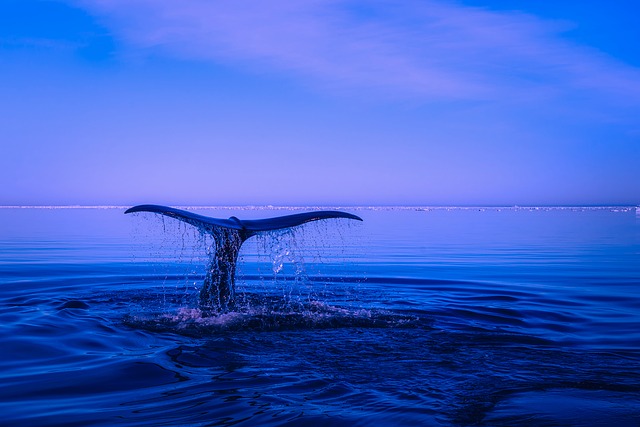 Amid concerns for how microplastics are affecting the smallest organisms in our oceans comes new research revealing the impact on some of the ocean’s largest marine creatures as well.

According to research published in the journal Trends in Ecology & Evolution, large ocean creatures like whales, sharks and other species are ingesting tiny plastic particles that come from consumer products like face wash and toothpaste. Because the particles are too small to be captured by traditional water treatment plants, the particles find their way into the ocean, resulting in an estimated 51 trillion pieces of ocean microplastics.

The issue has become even more problematic for filter feeders like baleen whales and basking sharks that ingest these microplastics while feeding on plankton. Incapable of filtering out the plastics, scientists are concerned that the microplastics subsequently block out the creatures’ ability to absorb nutrients in addition to potentially causing hazardous toxic side effects.

“Despite the growing research on microplastics in the marine environment, there are only a few studies that examine the effects on large filter feeders,” said Elitza Germanov, a researcher at the Marine Megafauna Foundation and co-author of the study. “We are still trying to understand the magnitude of the issue. It has become clear, though, that microplastic contamination has the potential to further reduce the population numbers of these species, many of which are long-lived and have few offspring throughout their lives.”

For more on the study, go to Trends in Ecology & Evolution.

By posting a comment you confirm that you have read and accept our Posting Rules and Terms of Use.
Advertisement
RELATED ARTICLES
Evidence of Deep-Sea Animals Ingesting Microplastics
Synthetic Particles Discovered in all Sea Turtles Examined for Study
Dyeing to Detect the ‘Lost’ 99 Percent of Ocean Microplastics
Testing Methods to Reduce Cargo Ship and Blue Whale Collisions
Turning plastic ocean waste into carpets
Advertisement