Dyeing to Detect the ‘Lost’ 99 Percent of Ocean Microplastics

Ocean-borne microplastic particles go largely undetected and can be environmentally harmful. Large plastic objects are known to fragment over time due to weathering processes, breaking down into smaller and smaller particles termed ‘microplastics.’ Microplastics are the most prevalent type of marine debris in our oceans, and their impact or potential harm to aquatic life is not yet fully understood. 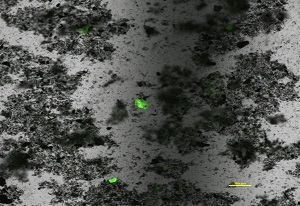 The method was applied to surface seawater and beach sand samples from the English coast around Plymouth. The researchers effectively quantified smaller fractions after microplastics were extracted from these samples and exposed to Nile red dye. A much larger amount of small microplastics (smaller than 1 millimeter) was observed than was previously estimated, and significantly more than would have been identified with traditional methods.

The findings challenge the current theory of the apparent loss of the smallest microplastics from surface seawater and highlight the need for further research to understand the real fate of plastic waste in the oceans.

Polypropylene, a polymer widely used in food packaging and other applications, was present in the greatest abundance of microplastics.

Previous reports suggest that the amount of plastic waste found in the oceans only amounts to 1 percent of what was estimated, so new methods like this are needed to find and identify the missing 99 percent of "lost" plastic waste in our oceans.