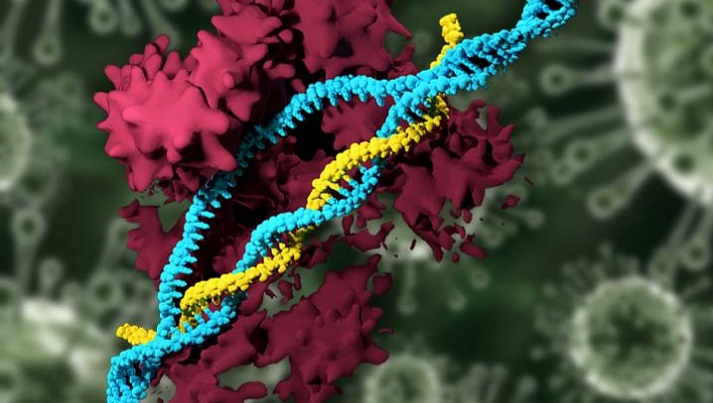 MIT researchers have developed a nanoparticle delivery system that can delete disease-causing genes.

In work done on mice, the nanoparticles were used to deliver bacterial DNA sequences known as clustered regularly interspaced short palindromic repeats (CRISPR), which form the basis of a genome-editing technology. As reported in the journal Nature Biotechnology, this new technique for introducing CRISPR components eliminated the previous need to use viruses as a delivery system.

The results represented the best success rate ever achieved with CRISPR in adult animals: Researchers cut out selected genes in about 80 percent of liver cells.

"What's really exciting here is that we've shown you can make a nanoparticle that can be used to permanently and specifically edit the DNA in the liver of an adult animal,” said Daniel Anderson, an associate professor of chemical engineering and a member of MIT’s Koch Institute for Integrative Cancer Research.

One of the genes targeted, Pcsk9, regulates cholesterol levels. In the human version, Pcsk9 mutations are associated with a rare disorder called dominant familial hypercholesterolemia. There are two antibody drugs to inhibit the gene that were recently approved by the FDA, but they need to be taken regularly and for the rest of the patient’s life. The nanoparticle approach could permanently edit the gene within a single treatment. The technique also offers promise for treating other liver disorders.

Safe and efficient methods for delivering CRISPR components – a DNA-cutting enzyme, Cas9 and a short RNA that guides it to the area of the genome to be cut – have been the focus of research for some time. In most cases, viruses are used; this method is ineffective for patients already possessing antibodies to that particular virus, and makes it impossible to use the same virus more than once because antibodies will be developed.

In 2014, Anderson, Koch Institute research scientist Hao Yin and colleagues developed a nonviral delivery system, but the high-pressure injection it employed presented the possibility of causing liver damage. Nanoparticle delivery was a logical next step, although chemical modification of the RNA was also required for protection from the enzymes that would normally break it down before it could reach its destination.

The successful trial extended to a 35 percent reduction in cholesterol levels for the mice, as well.

"I think having a fully synthetic nanoparticle that can specifically turn genes off could be a powerful tool, not just for Pcsk9 but for other diseases as well," Anderson said. "If you can reprogram the DNA of your liver while you're still using it, we think there are many diseases that could be addressed."

Re: Using Nanoparticles to Treat Disease
#1

I've read and seen lectures by people who claim to have researched the issue, that chem trails are dumping lots of aluminum nano-particles into our atmosphere that eventually drift down to ground level where we inhale them. Does this new discovery add evidence that this use of nano-particles is causing genetic mutations in our entire population?