Genetic Engineering on the Front Line of Disease Prevention and Cure

Deadly and debilitating diseases, as well as the pain and suffering they cause, could be eliminated forever.

This sounds like a) a miracle to be fully embraced, supported and pursued, or b) a slippery slope into a dystopian universe with potentially negative consequences we can't predict or fully comprehend.

Welcome to the conundrum of genetic engineering.

What is Genetic Engineering?

According to Wikipedia, genetic engineering or genetic modification "is the direct manipulation of an organism's genome using biotechnology." The genome is the genetic material of an organism consisting of DNA or, in some cases, RNA. Genetic engineering typically includes adding or removing DNA. The technologies involved have been used in research, industry, agriculture and medicine. Scientists continue to develop genetic engineering technology for fighting or preventing disease in several different ways, all with a mix of great promise and a large dose of caution. Here's a look at some of the most successful.

One of the early successes in this area, in vitro fertilization (IVF), is a form of genetic engineering. IVF is the process of retrieving mature eggs from a woman's ovaries, fertilizing them with sperm in a lab and then implanting them in the woman's uterus, for the purpose of overcoming infertility issues or genetic problems. The success of IVF is due, at least in part, to testing embryos for specific genetic diseases or screening them for chromosomal abnormalities. Both require removing a single cell from the embryo for testing prior to implantation.

The test for a specific genetic disorder is known as preimplantation genetic diagnosis (PGD). Another test, preimplantation genetic screening (PGS) checks the embryo for chromosomal normalcy (the correct number of chromosomes). In each case, the goal is to implant the embryos that are most likely to result in a viable pregnancy and a healthy child. The "engineering" part is essentially improving the odds by eliminating the embryos with known risks. If all babies were conceived this way, genetic diseases such as cystic fibrosis or chromosomal disorders such as Down syndrome could conceivably be eradicated.

The next phase in genetic engineering—correcting or eliminating genetic mutations that cause disease—got a huge boost with the development of a remarkable technology known as CRISPR. Essentially a DNA-editing tool, CRISPR technology was adapted from the natural defense mechanisms of bacteria. CRISPR (Clustered Regularly Interspaced Short Palindromic Repeats) is a specialized stretch of DNA. Cas9 is an enzyme that, when paired with the correct RNA strand, is capable of finding and then cutting out a specific DNA sequence. In some cases, CRISPR-Cas9 can even be used to replace a mutated DNA sequence with a correct one.

This technology has incredible potential to eliminate genetic diseases. In his 2015 article published in the New England Journal of Medicine, Eric S. Lander, Director of the Broad Institute of MIT and Harvard in Cambridge, Massachusetts, identified five diseases that could someday be eliminated with gene-editing technology: HIV, dominant forms of retinitis pigmentosa (a cause of blindness), familial hypercholesterolemia (a cause of heart attacks at a young age), sickle cell anemia and hemophilia.

Most people think of viruses as the cause of disease, but another promising branch of genetic engineering turns formerly scary, disease-producing viruses into cancer-killing superheroes, dubbed "oncolytic viruses." Here are some of the top contenders in this category: 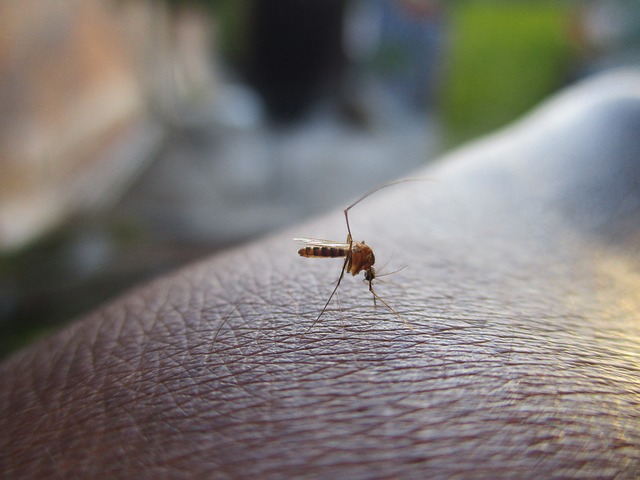 Over 3 billion people live in areas at risk of malaria transmission and the CDC reports that approximately 429,000 people died from malaria in 2015 alone. It is therefore exciting that scientists at the University of California, Irvine (UCI) have successfully engineered malaria-resistant mosquitoes. In a recent interview on Science Friday, Anthony James, a distinguished professor in the departments of Microbiology & Molecular Genetics and Molecular Biology & Biochemistry at UCI, explained how colleagues put human malaria parasites into a mouse and observed that the mouse immune system fought them off. James and his team were then able to use CRISPR-Cas9 to transfer that immunity to the mosquitoes. "We could go in along with the discoveries that our colleagues made and take those genes that the mouse was using to fight off the malaria parasites, engineer them and actually put them into the mosquitoes. So what we've done is we've given the mosquitoes small parts of the mouse immune system that allows it to fight off the human parasites. And it works," James said.

Genetic Engineering is Not Without Risk

One distinction that comes up in the genetic engineering debate is whether the gene editing in question affects a single individual or future generations. For example, if someone with HIV could undergo gene editing to remove the CCR5 gene in order to gain resistance to the virus, that alteration would not pass on to his or her offspring because it only involves cells that are not inherited. The process, therefore, would only impact that individual, who is able to give consent. On the other hand, genetically engineering cells that do get passed on, or engineering embryos, impacts people who never gave consent, and any unknown consequences for those individuals or future generations could take years or decades to emerge and be understood.

Consent also factors into the decision to introduce malaria-resistant mosquitoes into the environment. While doing so may seem like an obvious solution to a devastating illness, the risks of introducing something new into shared ecosystems is not a small concern. James explained that releasing the engineered mosquitoes into the wild can be done in stages, and in fact, can even be undone if necessary, but it still requires buy-in from all parties involved. In this case, that is nearly half the world's population spread over 106 countries and territories. Another team, from the Imperial College of London, is pursuing the use of CRISPR technology to suppress the mosquito population altogether. This could have even more profound effects because it disrupts other species that depend on the mosquitoes.

Of course, a discussion of genetic engineering would be incomplete without a mention of "designer babies" and the concern that the world will someday be controlled by an engineered master race. A recent New York Times article eloquently puts this argument to rest by pointing out that current technology is limited to targeting a single gene mutation on a single gene. While this could potentially address 10,000 medical conditions linked to specific mutations, such as Huntington's disease, most medical problems, as well as talents and other traits, are far too complex. Even something as straightforward as height is influenced by as many as 93,000 genetic variations, the article says.

Perhaps the most tangible risk of genetic engineering is simply that, as advanced and precise as CRISPR is, at this stage the possibility of "off-target" editing (unintended cuts to parts of the genome) is real. Much work needs to be done to increase our understanding of the genome and to perfect technologies like CRISPR.

By posting a comment you confirm that you have read and accept our Posting Rules and Terms of Use.
Advertisement
RELATED ARTICLES
Using Nanoparticles to Treat Disease
New High-Tech Tool Could Feed and Fuel the Planet With Algae
Video: A DNA Movie Projector?
DARPA developing handheld device for disease detection
Researchers develop rapid testing tool for COVID-19
Advertisement