A new method developed by a group of researchers at the Carl R. Woese Institute for Genomic Biology (IGB) at the University of Illinois could change the way metabolic engineering is done. 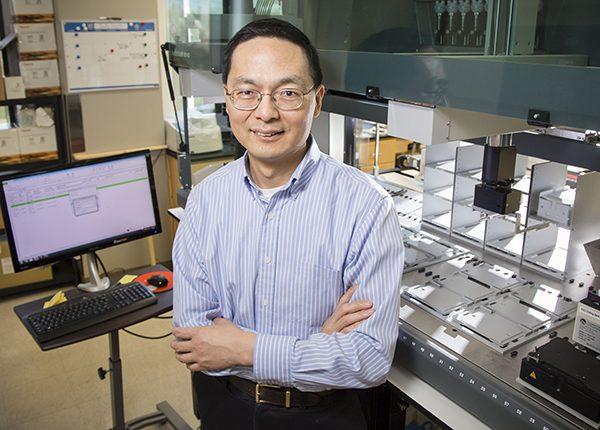 Metabolic engineering involves genetically modifying microorganisms to produce value-added products such as biofuels and chemicals. This is achieved by changing or deleting the expression of genes to modify the microorganism’s genome. In this process, several targets in the genome are modified in order to achieve specific goals.

"We can easily find several metabolic engineering targets to improve the desired phenotype," said Jiazhang Lian, a visiting research associate at the IGB who is a co-author of the paper. "How to combine these beneficial genetic modifications is one of the biggest challenges in metabolic engineering."

Traditionally, researchers test these targets individually in a series of time-consuming steps. These steps limit productivity and the yield of the final product. These are two crucial components of the metabolic engineering process.

The researchers decided to create a method that combines all of these steps and executes them simultaneously, making the process faster and easier. They based this method on the CRISPR system, a method of genetic manipulation that uses a set of DNA sequences to modify genes within a cell.

"We can now work with 20 targets," Zhao said. "We can implement all of these (manipulations) for each target in a combinatorial manner to find out which combination actually will give us higher productivity or yield of the final product."

The researchers tested the method in a species of yeast that is used in winemaking, baking and the production of biofuels. They showed that using this method could improve the production of a specific product. Their system is called CRISPR-AID and it will allow researchers to easily explore all the possible target combinations. The key is to find the optimal combination.

"If we compare metabolic engineering to a basketball team, we cannot build a strong team by simply putting the best players together," Lian said. "Instead, we should try to find those who can collaborate and work synergistically."

The new system opens up thousands, if not millions, of possibilities, which presents another logistical challenge. The team plans to find the best combinations by developing a high throughput screening method or using a robotic system, like the iBioFAB system, a system located in the IGB that automatically produces synthetic biosystems.

"I believe the combination of CRISPR-AID with high throughput screening and iBioFAB will significantly advance the metabolic engineering field in the near future," Lian said.

Zhao hopes to test their method on other organisms, using the same engineering principles but modifying the protocol for different organisms. Eventually, the team wants to extend to the genome scale—to be able to test all the genes in an organism at once—which would be a large leap in the field of metabolic engineering.

"If we can do that, we can make it truly modularized and also standardize the procedure," Zhao said. "Then we really increase the throughput and the speed of metabolic engineering."

There have been several research efforts that aim to engineer microorganisms for the production of biofuels and chemical, so any tools that can speed up the process are significant. Zhao believes this is true for their method.

"It's not just an incremental improvement," he said. "It's a new way to do metabolic engineering."

The paper on this research was published in Nature Communications.

By posting a comment you confirm that you have read and accept our Posting Rules and Terms of Use.
Advertisement
RELATED ARTICLES
New Laser Method Can Detect Metabolic Changes in Cells
Using Nanoparticles to Treat Disease
Study: Researchers Find the Perfect Power Setting for Transtibial Prosthetics
Newly Developed Method Allows Researchers to Screen Millions of Human Antibodies
New High-Tech Tool Could Feed and Fuel the Planet With Algae
Advertisement