Advanced nuclear reactors require high-assay low-enriched uranium (HALEU) in the pursuit of more compact designs, longer operating cycles and increased efficiencies relative to established nuclear power technologies. This fuel is not currently available at commercial scale from U.S. domestic suppliers, a limitation that the U.S. Department of Energy (DOE) seeks to overcome. The agency has issued a $150 million cost-shared award with American Centrifuge Operating LLC of Bethesda, Maryland, a subsidiary of Centrus Energy Corporation, to demonstrate the nation’s ability to produce HALEU.

DOE projects that more than 40 metric tons of HALEU will be needed before the end of the decade to deploy a new fleet of advanced reactors to support the Biden-Harris Administration’s 100% clean electricity goals by 2035. The award includes a $30 million cost share during the first year to start up and operate 16 advanced centrifuges in a cascade at an enrichment facility in Piketon, Ohio, currently the only U.S. plant licensed to produce HALEU. American Centrifuge Operating will complete the final steps of centrifuge assembly and clear an operational readiness review to start up the demonstration cascade. 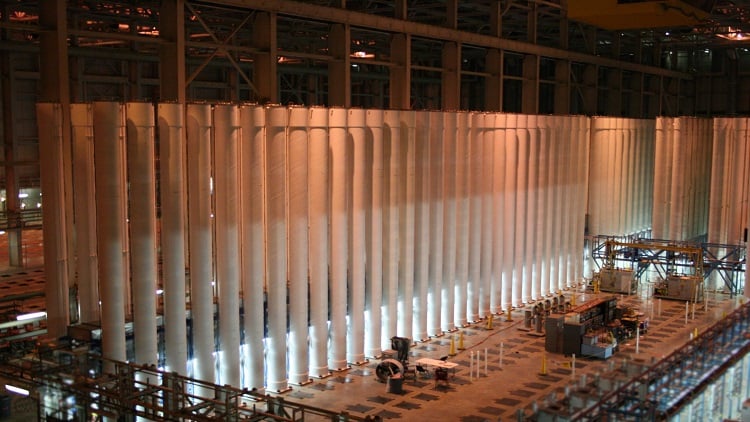 The project targets the enrichment of uranium hexafluoride gas to produce 20 kg of 19.75% enriched HALEU by the end of 2023. Operations are expected to continue in 2024 at an annual production rate of 900 kg/year of HALEU, with additional options to produce more material under the contract in the future.