New Robot Can Crawl Through Pipes and Detect Uranium Levels

Carnegie Mellon University’s Robotics Institute has developed two autonomous robots that can drive through miles of pipes. These robots will be implemented at the U.S. Department of Energy’s former uranium enrichment plant in Piketon, Ohio, and they will identify uranium deposits on pipe walls. 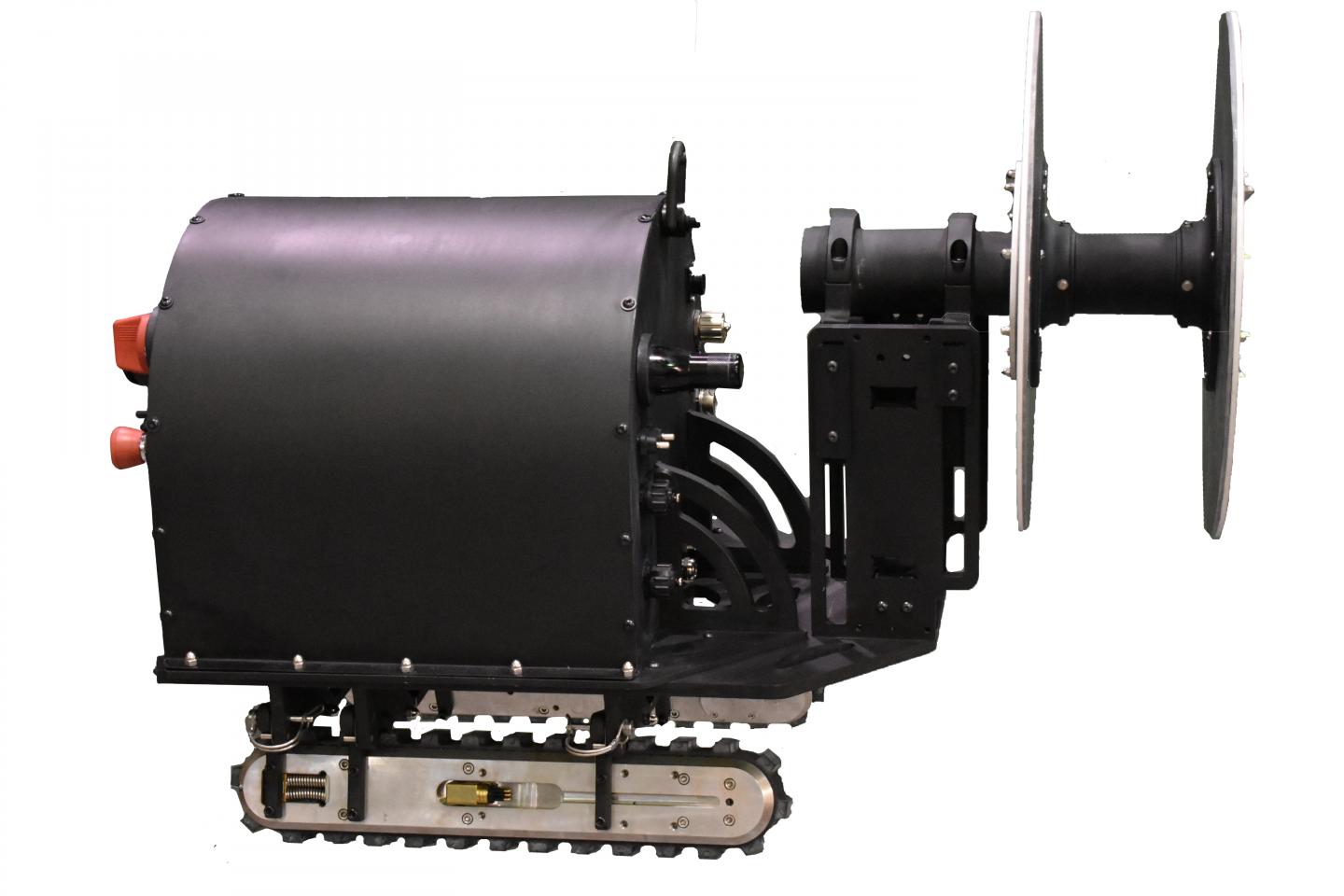 The CMU robots successfully, and more accurately, measured radiation levels from inside the pipe than measuring the levels outside the pipe. This not only saves labor costs, but it also lowers the hazard risk for workers who were previously taking the measurements by hand, using lifts or scaffolding to reach the hard to reach pipes.

DOE officials say that these robots could save tens of millions of dollars in the characterization of uranium deposits at the Portsmouth Gaseous Diffusion Plant in Piketon. They could also potentially save around $50 million at a similar uranium enrichment plant in Paducah, Kentucky.

"This will transform the way measurements of uranium deposits are made from now on," predicted William "Red" Whittaker, a robotics professor and director of the Field Robotics Center.

CMU is building two of these robots named RadPiper. CMU is going to deliver the production prototype units to the Portsmouth site in May 2018. RadPiper has a “disc-collimated” radiation sensor that CMU invented. The CMU team started this project last year, working closely with DOE and Fluor-BWXT Portsmouth to quickly produce and test the robots.

The Portsmouth plant began operating in 1954 and was shut down in 2000. The plant produced enriched uranium and weapons-grade uranium. It has 10.6 million square feet of floor space, making it DOE’s largest facility under one roof. It has three large buildings filled with enrichment process equipment that spans 158 football fields and 75 miles of process pipe.

The DOE plants to decontaminate, decommission and demolish the plant, but they first have to find the uranium deposit. In the last three years, human crews have performed over 1.4 million measurements of process piping and components manually.

"With more than 15 miles of piping to be characterized in the next process building, there is a need to seek a smarter method," said Rodrigo Rimando, Jr., director of technology development for DOE's Office of Environmental Management. "We anticipate labor savings on the order of an eight-to-one ratio for the piping accomplished by RadPiper."

In the beginning, RadPiper will operate in pipes measuring 30 inches and 42 inches in diameter and characterized radiation levels in each foot-long pipe segment. These pipes may have hazardous amounts of uranium-235, the uranium used in nuclear weapons, and those pipes need to be removed from the building. The pipes without large amounts of uranium-235 will stay in the building and they will be destroyed when the whole building is destroyed.

RadPiper moves through the pipes on flexible tracks. In the straight parts of the pipes, the robot has a lidar and fisheye camera that allows it to detect if there are obstacles in its path. The robot returns to the launch point after it has finished going through a whole pipe. The data the robot gathers allows for total reports to be available the same day the data is analyzed.

The new disc-collimated sensing instrument uses a sodium iodide sensor to count gamma rays. The sensor is placed between two large lead discs that block gamma rays coming from uranium deposits outside of the pipe section that is being analyzed.

These robots could also be used in the defense nuclear cleanup program. This program is not even halfway done, and the team believes that RadPiper could speed up this process significantly.

"With at least 50 more years of nuclear cleanup to be performed, the Robotics Institute could serve as a major pipeline of roboticists for DOE's next several workforce generations," Rimando added.

Researchers are presenting two papers and RadPiper at the Waste Management Conference in Phoenix this week.

By posting a comment you confirm that you have read and accept our Posting Rules and Terms of Use.
Advertisement
RELATED ARTICLES
Watch: Goodbye to a Great Physicist, Pipe-Crawling Robots, and Seeing Through the Fog
Floating robots could inspect pipes today and monitor human health tomorrow
Robot swarm could detect nuclear material
DOE Awards $1.5b Contract for Enrichment Site Cleanup
New roadmap directs US nuclear legacy cleanup
Advertisement