NASA Aviation Technologies Could Save Airlines $250b

The six-year project, which was completed in 2015, explored inventive vehicle concepts and enabling technologies to reduce aviation’s impact on the environment in eight integrated technology demonstrations that fell into three categories: airframe technology, propulsion technology and vehicle systems integration. 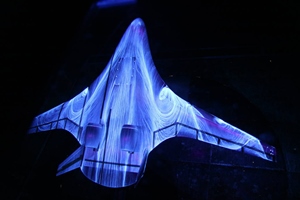 As part of the closeout work for the ERA project, information and results regarding each demonstration were categorized and stored for future access and use by aerospace companies.