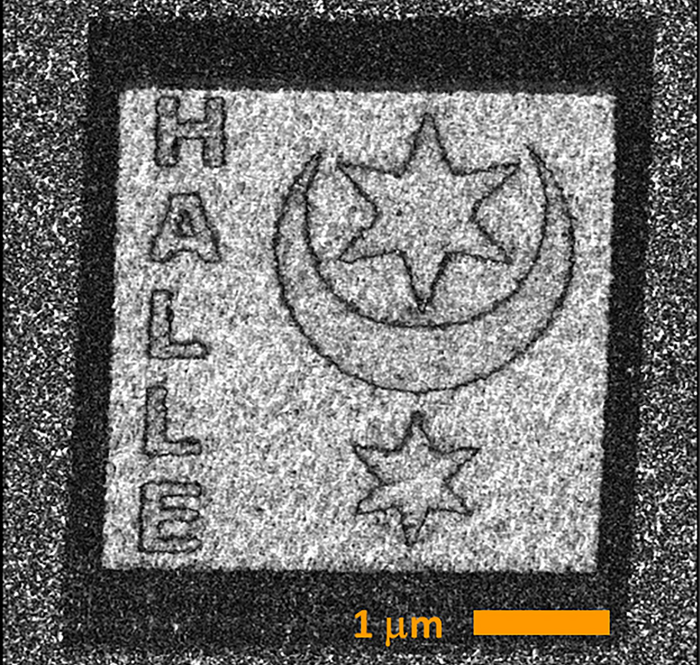 Mechanical pressure applied accurately can improve the electrical characteristics of a frequently utilized polymer material. A team from Martin Luther University Halle-Wittenberg (MLU) has published information in Advanced Electronic Materials, the scientific journal, that the substance must be mechanically treated to an accuracy of only a few nanometers.

The researchers show in their new publication how this formerly unknown physical effect operates and how it could be used for future storage solutions. The team was also successful in sketching the coat of arms of Halle as an electrical pattern in the material with a spatial resolution of 50 nm.

Polyvinylidene fluoride (PVDF) is a polymer commonly utilized in the manufacturing of seals, membranes and packing films. It has numerous useful features because it is stretchy, safe and is relatively inexpensive to create. "PVDF is also a ferroelectric material. This means it has positive and negative charges that are spatially separated, something which can be utilized for storage technology," said Professor Kathrin Dörr at MLU.

There is a disadvantage: PVDF is a semi-crystalline material whose construction, different from crystals, is not fully ordered. "There is so much disorder in the material that some of the properties that you would actually like to take advantage of are lost," said Dörr.

By chance, her group identified that atomic force microscopy can be used to construct a certain electric order in the substance. This procedure typically entails examining a material sample with a nanometer-sized tip. The resulting vibrations are then measured and analyzed using a laser. The small tip of an atomic force microscope can also be used to apply pressure to the sample. MLU scientists observed that this alters the electrical characteristics of the PVDF. "The pressure elastically compresses the material at a desired point without shifting the molecules that make it up," Dörr stated.

The study was funded by the Deutsche Forschungsgemeinschaft (German Research Foundation, DFG).