Researchers from the VTT Technical Research Centre of Finland have developed a transparent cellulose film for food packaging applications.

In a bid to produce plastic film that is not hard to recycle — as is the case with oil-based plastic films — the team turned to recrystallized cellulose, which is an organic compound.

The result is a transparent film that is reportedly bio-based and biodegradable, thereby solving the challenge of recycling the material. 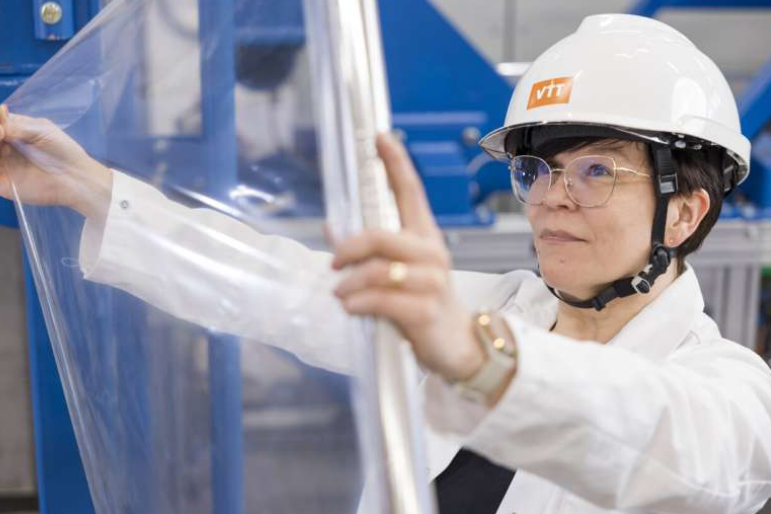 "We can produce transparent and flexible cellulose film. The consumer cannot distinguish between the crystal-clear material and traditional oil-based plastic. Cellulose film can resist dampness, but in nature it disappears as completely as a sheet of paper does. The product is bio-based and biodegradable," said VTT research professor Ali Harlin.

For more information on the making of VTT cellulose film, watch the accompanying video that appears courtesy of VTT.

By posting a comment you confirm that you have read and accept our Posting Rules and Terms of Use.
Advertisement
RELATED ARTICLES
Wood and spider web composite material a possible plastic alternative
Cellulose based resin creates biodegradable textiles, fibers, yarns and more
Cucumber coating eyed as future fruit and vegetable packaging
New cellulose-based thin film shows promise for several applications
Scientists develop a food packaging bioplastic that degrades in just a couple of years
Advertisement