An inexpensive substitute for pricey platinum catalysts could enhance the economic attractiveness of hydrogen fuel cells. An iron-based catalyst embedded in a carbon-nitrogen matrix has been developed by an international research team to cut the component cost of these emerging power systems.

Iron is dispersed as single atoms within an electrically conducting, preformed carbon-nitrogen matrix that includes zinc as a sacrificial element. The iron strengthens the fuel cell function and serves as a suitable substitute for platinum. Laboratory tests confirmed that the performance of a single-atom iron 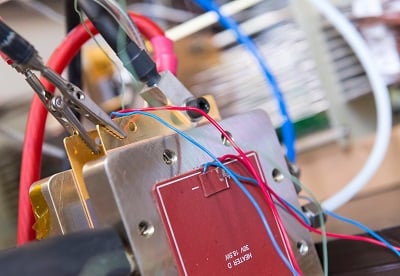 The use of such an inexpensive metal as catalyst could potentially halve the cost of a single fuel cell and render this technology a viable alternative to fossil-fuel-powered vehicles. The method described in Nature Catalysis could also be applied to the development of catalysts for other applications, such as in the treatment of wastewater using air to remove pollutants.