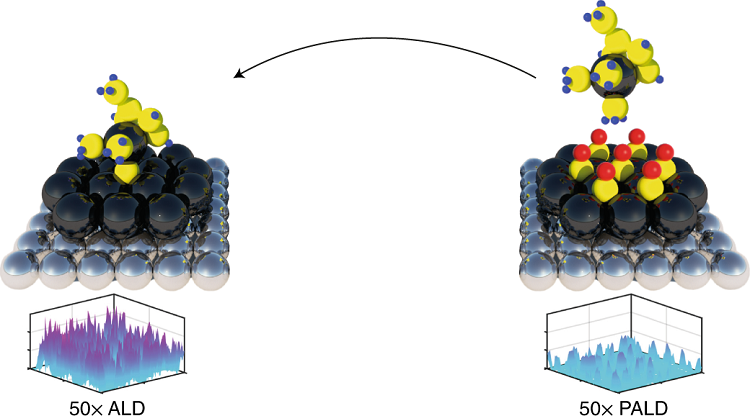 The high cost of fuel cells, which poses a barrier to their wider diffusion in the automotive sector, is attributed to the use of platinum as a catalyst. As the catalytic process only occurs on the surface of platinum particles distributed on carbon powder, a large percentage of this cost-intensive metal is wasted.

The scheme reduces the amount of platinum to a fraction of the amount currently required and increases the fuel cell catalyst efficiency by a factor of three compared to available technology. This approach to synthesizing nanoparticle platinum/carbon catalysts achieved high platinum mass activities for the oxygen reduction reaction, along with excellent stability likely facilitated by strong catalyst–support interactions afforded by the synthesis technique.

ALD is also useful for a range of other applications requiring high-performance materials, such as next-generation lithium-ion batteries as well as conventional batteries.