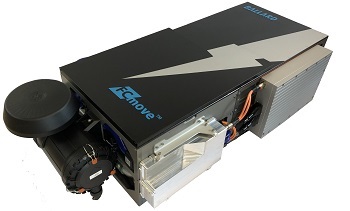 Ballard also has a role to play in delivering Scotland’s first hydrogen-powered train. A purchase order has been placed from Arcola Energy, a U.K.-based leader in hydrogen and fuel cell integration specializing in zero-emission solutions for heavy-duty vehicles and transport applications, for these fuel cell modules. The units will power a passenger train planned for demonstration during the 2021 UN Climate Change Conference to be hosted by Glasgow City in November 2021. The project will convert a Class 314 car passenger train from ScotRail into a deployment-ready and certified platform for hydrogen-powered train development.

Re: Trains to locomote with hydrogen fuel cells
#1

This will be welcome in cities and other congested areas.

Re: Trains to locomote with hydrogen fuel cells
#2

I would llike to see the cost comparison to line powered electric trains before I got too excited. It seems more like a solution looking for a problem since electric powered trains are neither new or ground breaking. They aint sexy but they are efficient, very fast, economical, and literally everywhere.

Re: Trains to locomote with hydrogen fuel cells
#3

Do current diesal over electric locomotives have energy recapture (hybrid) braking systems? If not this could be the door opener to the huge kinetic energy resource that is the multi-mile string of freight cars on a transcontinental train.

Re: Trains to locomote with hydrogen fuel cells
#4
In reply to #3
Brave Sir Robin

It would make more sense to use a hybrid on short haul trains that have more starts and stops.