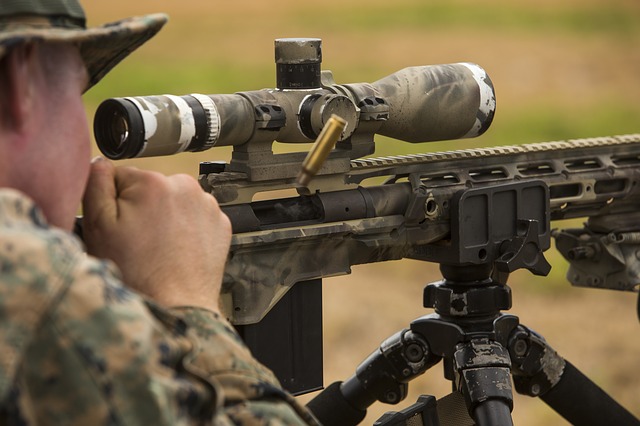 The United States Army is testing a new fire control system for infantry guns that will prevent the gun from firing if the system determines that there is no chance of hitting the target.

The SMASH Scope from Israel-based company Smart Shooter Ltd. relies on night vision, target detection and tracking, and magnification to ensure that a target in the scope’s crosshairs can be a guaranteed hit.

The weapon-mounted optic enables a shooter to find and engage the target. Once selected, the shooter marks the target by pressing a nearby button, which highlights the target in a rectangular box. The target information is then fed to a computer for analysis as the shooter pulls the trigger. If the computer determines that the target will not be successfully hit because it moves or the sights are improperly aligned, a shot will not be fired.

According to its developers, the smart system, which was designed to improve shooter accuracy while preventing stray bullets from hitting nearby civilians, will work under both nighttime and daytime conditions and with stationary and non-stationary targets.

For now, the device is still in development.

Emerging technologies like the SMASH scope are improving virtually all defense and military applications, thereby keeping soldiers safer on the battlefield. For instance, robots are joining soldiers on the battlefield, carrying their bulky equipment and lightening the soldiers' loads. Likewise, soldiers are being given virtual battle field training scenarios to prepare for warzones while artificial intelligence and drones are assisting soldiers in dangerous reconnaissance missions.

By posting a comment you confirm that you have read and accept our Posting Rules and Terms of Use.
Advertisement
RELATED ARTICLES
Marines take aim at robots
DARPA funding device to regrow muscle in injured soldiers
Tech firm develops so-called smart dog tags for military personnel
Augmented Reality and Micro-displays Change How Soldiers View the Battlefield
The military now recruiting drones
Advertisement