US Army develops robot to work alongside soldiers 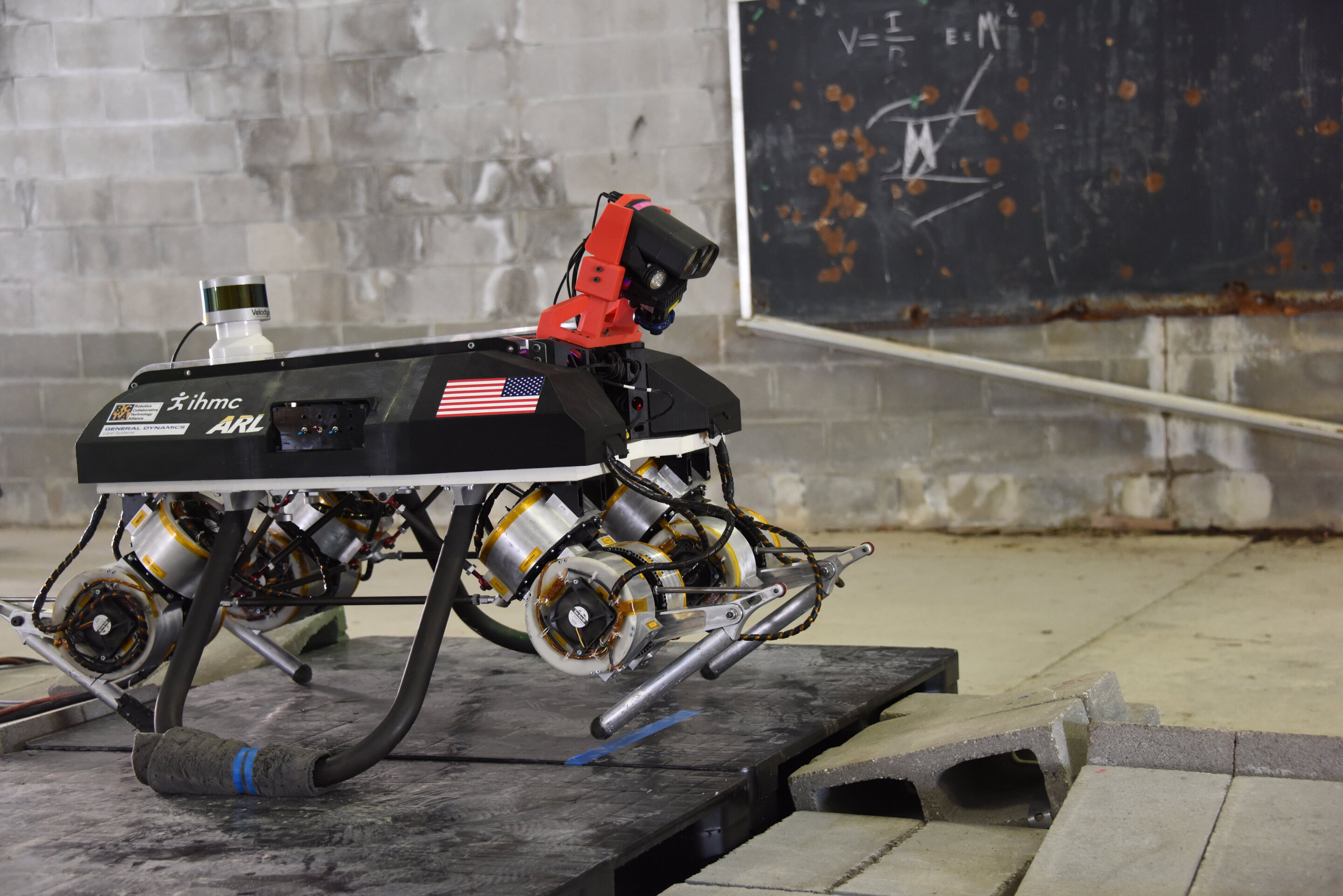 The Legged Locomotion and Movement Adaptation, or LLAMA, is an autonomous, quadruped, mobility research platform created under the lab’s Robotics Collaborative Technology Alliance (RCTA) to lighten the workload of soldiers. The robot can reportedly carry soldiers' equipment, which according to researchers increases both soldier mobility and lethality.

The all-electric system is composed of high-torque actuators and algorithms for intelligence, autonomy and advanced perception. Additionally, LLAMA can navigate structured and unstructured environments, including stairs and rough terrain. Currently, LLAMA has three degrees of freedom per leg.

"The platform not only has the mobility capabilities, it also includes perception and intelligence," said Army Research Laboratory engineer Jason Pusey. “That platform was trying to culminate a lot of different technologies within the RCTA to integrate them together into one platform that we can actually show to immolate the far-reaching goals of combining all of this into one unique intelligent platform for the Soldier."

The Army will debut the LLAMA on Oct. 17 at the National Robotics Engineering Center facility of Carnegie Mellon University in Pittsburgh.

Re: US Army develops robot to work alongside soldiers
#1

Immolate : to kill or destroy especially by fire

Re: US Army develops robot to work alongside soldiers
#2

All soldiers are going to get a pony? The ARMY has done better with power assist suits. And by adding graphene material they can become more bullet proof.

Re: US Army develops robot to work alongside soldiers
#3

Boston Dynamics has already done something just like this.

Re: US Army develops robot to work alongside soldiers
#4
In reply to #3
randolph garrison

The last I saw was an outstanding power assist suit, but required a large trailer to carry the electrical and hydraulic generator equipment.

Re: US Army develops robot to work alongside soldiers
#5
In reply to #3
BestInShow

See the entire discussion on CR4, the Engineering Community
Advertisement
RELATED ARTICLES
10 robots ready to join the human workforce
A Hybrid Unmanned Ground Vehicle Is Developed for the Army
Soldiers in US Army to be outfitted with tiny spy drones
Army seeks to develop 'muscular' robots
US Army bringing AI, drones to the battlefield
Advertisement