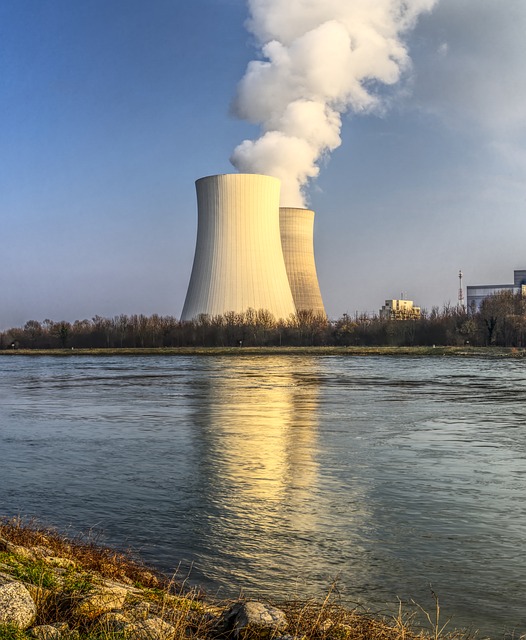 In an effort to clean up the radioactive isotopes left behind by nuclear power plants — either following a spill or as runoff in wastewater — a team of scientists from the University of Chemistry and Technology, Prague, in the Czech Republic has developed self-propelled microbots that are capable of removing radioactive uranium.

The ZIF-8 is 1/15 the diameter of a strand of human hair and contains both iron atoms and iron oxide nanoparticles to stabilize and magnetize the rods. Additionally, catalytic platinum nanoparticles were added to one end of each of the MOF rods. There, the nanoparticles converted hydrogen peroxide “fuel” and transformed it into an oxygen bubble that thrust the MOF microbots at speeds of roughly 60 times their length per second.

Placed in simulated radioactive wastewater, the microbots reportedly captured an estimated 96% of uranium in one hour. Once captured, the MOF rods were gathered by a magnet and divested of the uranium, leaving the microbots appropriate for reuse.

This development, according to researchers, could pave the way for nuclear power to meet the world’s energy demands without the byproduct of greenhouse gases or the potential to contaminate water and thus humans and wildlife. Likewise, the microbots could help in the aftermath of another nuclear plant disaster in the vein of Chernobyl or Fukushima.

The MOF microbots are just one example of a growing trend of robots taking on tasks and jobs too dangerous for humans to undertake. Some examples of this include the United States Navy successfully testing an autonomous, robotic system that detects, identifies and destroys sea mines. This is in addition to the many security robots reportedly cropping up at airports and hospitals around the world.

It bothers me that the article appears to confuse "radioactive waste" with "uranium." Uranium is, of course, one component of the "waste" from a thermal reactor, but there are also many fission products--the remainder after U-235 or Pu-239 are split in the fission process. I realize that this is early research, but many nuclides need to be added to the capabilities of the microbots. I used "waste" in quotes, because it is actually "used fuel," because it can be used again in fast reactors to use the rest of the energy in the initial uranium charge.

I see this development as a step in the right direction. Keeping radioactive power plants going is a mistake. We have so many nuclear waste dumps overflowing now, where is the next one going? If the microbots could be used to reduce the volume at the dumps as a start, it would be a very good development for lifetimes of employment. We need other methods of producing electricity more on a local level to reduce the transmission problems without producing by byproducts to make nuclear weapons.

Re: Microbots capable of cleaning radioactive waste
#3
In reply to #2
Lehman57

Randolph: Read my last sentence again, please. With reuse in a fast neutron reactor, we can get around 100 times more energy from the same uranium (because it uses so little in thermal reactors before it gets "poisoned.") This also means we have 100 times less waste that is far less radioactive, because the fast reactor uses the highly radioactive transuranic actinides for energy instead of having them in the waste stream.