Researchers have developed a tiny, self-propelled robot that can remove radioactive uranium from contaminated wastewater. 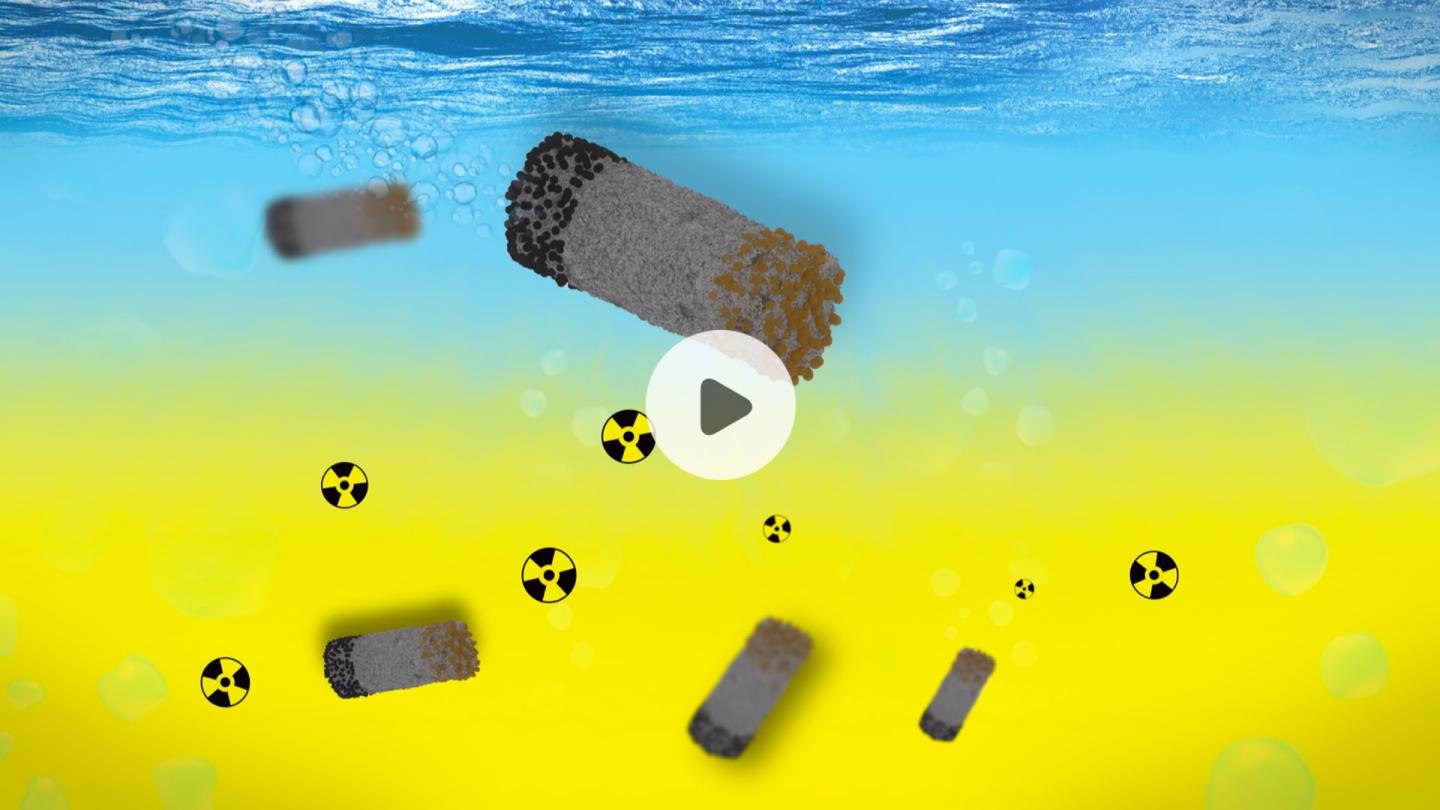 Researchers have created materials that can capture, separate, remove and recover radioactive uranium from water. But these materials have limitations that have stopped them from widespread use. The new microrobot aims to overcome these limitations.

The new robot, called ZIF-8, uses metal-organic frameworks (MOFs). MOFs have compounds that can trap specific substances, like uranium, within porous structures. The team added a micromotor to a rod-shaped MOF. The ZIF-8 rods have a diameter of 1/15th the diameter of human hair. The team added iron atoms and iron oxide nanoparticles. The iron atoms stabilize the structure, while the nanoparticles make the rods magnetic. Catalytic platinum nanoparticles were placed on one end of the rose. These nanoparticles convert hydrogen peroxide “fuel” in water into oxygen bubbles, which propel the microrobots forward. The robots can move at about 60 times their own length per second.

Some scientists believe that nuclear power could meet the energy needs of the Earth’s growing population without greenhouse gases. But for nuclear power to be successful, there must be a way to remove harmful radioactive isotopes from the wastewater nuclear plants generate and from the environment in the event of a spill. Accidents like Chernobyl and Fukushima are huge threats to the environment, animals and humans. For nuclear power to be widely used, there needs to be a guarantee that the environment won’t be irreversibly harmed in the event of a spill. The new microrobots could be helpful in the management and remediation of radioactive waste.

A paper on the robots was published in ACS Nano.