IEEE Day, held on the first Tuesday in October, honors the first time a small group of electrical engineers came together in New York to share technical ideas. That 1884 meeting led to the formation of the organization that became IEEE, which today serves more than 420,000 members worldwide. The 2019 celebration marks 10 years of recognizing this date with a variety of events.

The theme for IEEE Day, leveraging technology for a better tomorrow, recognizes the importance of building on past achievements. In keeping with the spirit of the day, here are the IEEE Milestones recognized in the past year.

(Read IEEE Honors Milestones in Electrical and Electronic Engineering for an earlier sampling of accomplishments that made much of today's technology possible.)

After studying the principles of electromagnetism, Antonio Pacinotti (1841-1912) built the first practical DC generator, also known as a dynamo. In a written note, Pacinotti explained that with one fixed electromagnet, his machine worked well because it generated a consistent, intense current in one direction. His was an improvement compared to other machines built around the same time because it did not produce severely isolated pulses of electric current. Pacinotti's invention transformed electricity into a profitable, reliable technology. When paired with the electric lightbulb (after 1879), Pacinotti's dynamo contributed to the electrical revolution. DC motors began to replace huge steam engines in manufacturing facilities, increasing the productivity of the factories as well as improving working conditions and worker safety. (Learn more)

Detection of radar signals reflected from the moon, 1946

Named for the Roman moon goddess, Project Diana was the first documented experiment in radar astronomy and actively probing another celestial body. It is also credited with launching the space age. The experiment demonstrated that signals could travel from the earth to the moon and back, proof of concept for the idea known as Earth-Moon-Earth (EME), or moonbounce, communication. An important advantage of radar astronomy over previous forms of observation is the ability to control and measure the source of the transmission, which allows scientists to more easily extract information such as composition and relativistic data.

The technique has been used to gather data about the geological and dynamic properties of the planets, moons and asteroids that orbit the sun, as well as the length of the Astronomical Unit (AU) and the scale of the solar system itself. Today it is used to direct and re-position Earth satellites and space probes. (Learn more)

Having extensively reviewed Benjamin Franklin's work and recreated the experiments of Luigi Galvani and Alessandro Volta, Francisco Salvá y Campillo (1751-1828) developed a method of using human-made electricity to transmit information at a distance. Two other scientific advances, Volta's development of the electric pile to artificially produce a steady electric current, and William Nicholson and Anthony Carlisle's discovery of the electrolysis process leading to the decomposition of water, aided Salvá's conception. His idea bore a new method for conveying information by means of electricity, and led to the invention of his electric telegraph - the first one in history to use an electric battery to produce the signaling current and a reliable physical phenomenon to make its detection. (Learn more)

Remember when scientists, engineers and anyone who wanted to look up existing information in a particular discipline had to physically find and scour actual books, journals and other print materials? All that began to change when Dialog, an automated and interactive online information service, became available - at first to NASA, then to other government agencies, and by 1972, commercially to all professionals.

By 1985, Dialog had become the most comprehensive online information service in the world with databases in business and economics, chemical, patent and trademark information, science and technology, medicine and the biosciences, news and current events, education, directories, energy and the environment, law and government, computer science and microcomputers, books, the social sciences and the humanities, according to the World Encyclopedia of Library and Information Services. In addition, Dialog dramatically increased the research capabilities of the world's most significant libraries. (Learn more)

The silicon-controlled rectifier, or thyristor, is a small device that can control a relatively large amount of power and voltage. It is useful in many applications which require the control of electric power. Thyristors are useful in dimmer switches, electric motor speed control, power transmission and a variety of circuits. The SCR/thyristor replaced the gas-filled rectifier with a three-terminal solid-state device made up of an anode, a cathode and a gate. This change allows for stopping conduction by reducing the current to a low value (i.e., the latching current).

Its invention led to a huge improvement in efficiency and control in the rectification of line voltages and is the basis of modern speed control of AC and DC motors. The SCR, and later the gate turn-off thyristor, or GTO, made DC transmission at higher voltages and power levels possible, compared to what was previously achievable with mercury arc rectifiers and thyratrons. Improved efficiency and control have also had a positive impact on manufacturing and other industries. (Learn more) 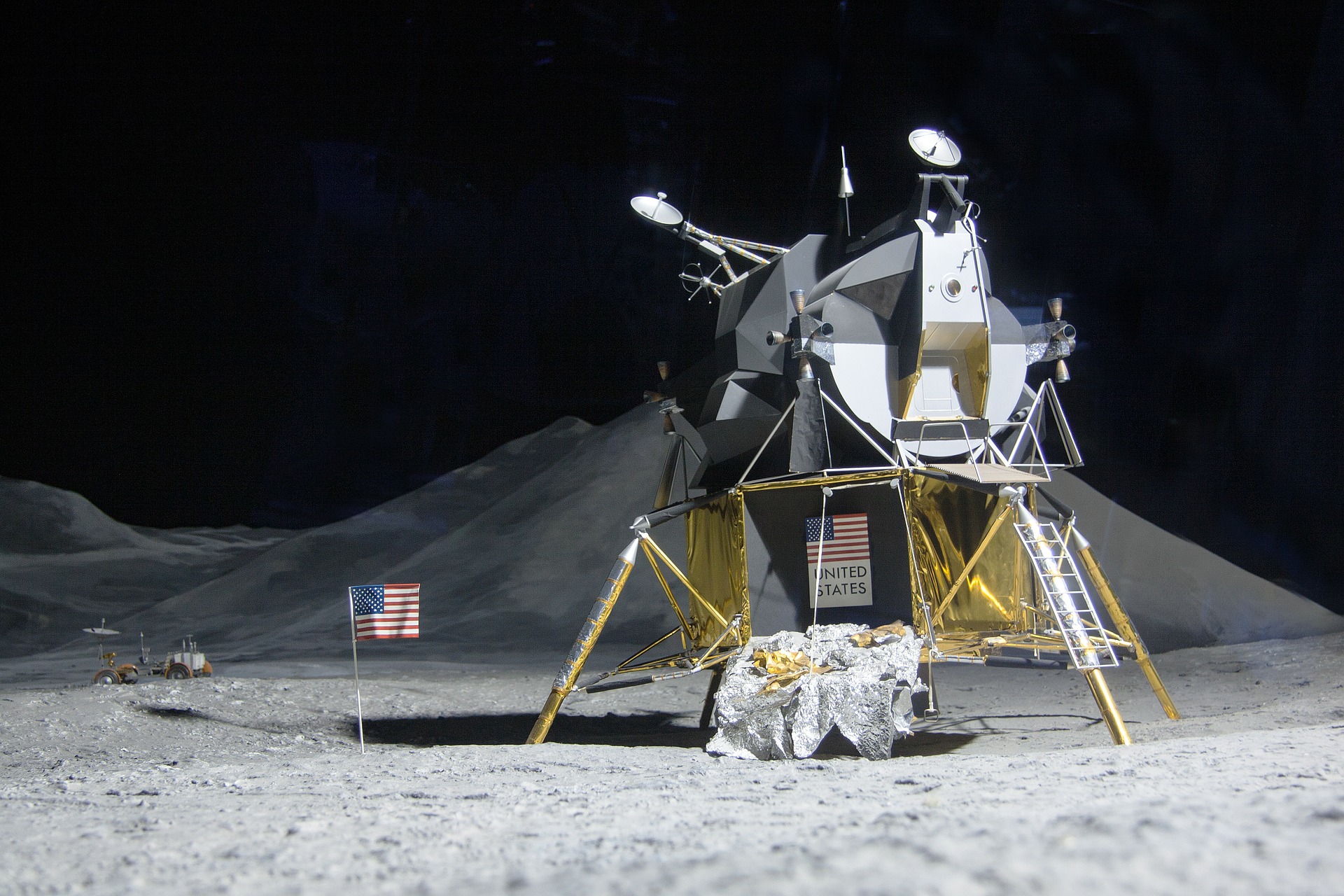 The Lunar Ranging Experiment (LURE) measures the distance between surfaces on Earth and the moon. Laser light pulses from observatories are transmitted to and reflected back from retroreflectors placed on the moon during the Apollo 11, 14 and 15 missions and two Soviet robotic lunar rover missions. These pulses calculate the lunar distance. Prior to this, an accurate measure of the distance to the moon was not possible.

According to a 1969 article in Science Magazine, LURE had other applications as well, including "precise measurements of the lunar orbital motion, lunar librations, the lunar radius, fluctuations in the earth's rotation rate, Chandler wobble of the earth's axis, intercontinental drift rate, and a possible secular change of the gravitational constant." The experiment is still running today. (Learn more)

Room-temperature superconductivity, the ability of certain materials to conduct electricity with zero resistance at or near room temperature, would have significant application in areas such as refrigeration, energy, computers, memory-storage devices and ultra-sensitive sensors. The discovery of superconductivity above the boiling point of nitrogen represented a significant achievement in the quest for room-temperature superconductivity, which has yet to be achieved. This work surpassed the previous milestone of 77 Kelvin. The formula, Y(1.2)Ba(0.8)CuO(4-y) [2-8], was developed, synthesized and tested at the University of Alabama in Huntsville.

"Transitions with onsets ranging upwards from 89 K and averaging 93 K and midpoints nearing 93 K," described in the dissertation of researcher Jim Ashburn, were later confirmed at the University of Houston. (Learn more)

Raychem Corporation patented and produced the first commercially successful, electric, self-regulating, heat-tracing cable. A distributed temperature sensor controlled each section of the heater independently. The conductive polymer in the cable revolutionized the temperature maintenance of process piping, used in refineries and chemical plants, and made freeze protection of water pipes simple and energy-efficient. The previous solution for heating pipes was MI Cable manufactured to a specific length, but the Raychem cable could be cut to length in the field, making the process of installing the cable much more efficient. By 2008, over a billion feet of this cable was produced and sold by Raychem. Today self-regulating heaters account for the vast majority of electrical trace heating and this type of cable is produced by 10 manufacturers worldwide. (Learn more) 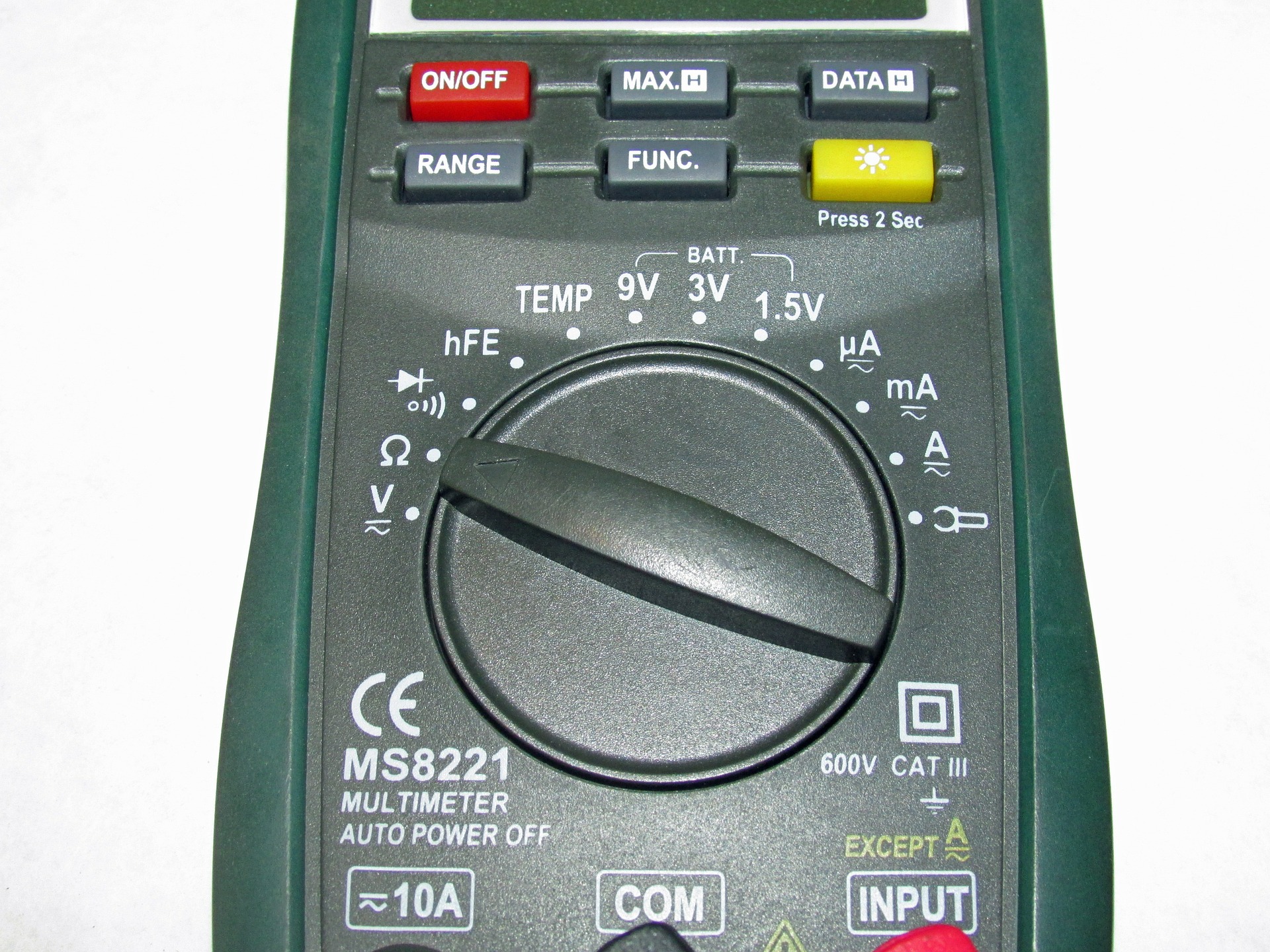 The invention and wide adoption of the telegraph led to a rise of electrotechnology and, subsequently, the need for a consistent, standardized and internationally accepted system of units for electrical quantities. The British Association for the Advancement of Science (BAAS) formed the British Association Committee on Electrical Standards in 1861 and tasked it with defining standards of electrical resistance. The initial standard was the BA unit of resistance, an absolute unit based on a meter-gram-second (mgs) system of units, but was soon determined to be too small to be useful for telegraph engineers. Continued efforts to find an acceptable standard came to fruition in 1867 with the adoption of the unit now represented with the symbol Ω. In 1872, the committee recommended a change to the name from BA unit of resistance to the Ohm, named for the German physicist and mathematician Georg Ohm (1789 – 1854). The widely recognized standard for electrical resistance, the Ohm, is the resistance of a conductor such that a constant current of one ampere produces a potential difference of one volt. (Learn more)

By posting a comment you confirm that you have read and accept our Posting Rules and Terms of Use.
Advertisement
RELATED ARTICLES
NASA selects Firefly Aerospace to deliver 10 experiments to the moon
NASA awards Intuitive Machines lunar delivery contract
SpaceX selected by NASA to launch first outpost around the moon
Winners of the Lunar Robotics Design Contest
Industry partners sought for lunar nuclear power system
Advertisement