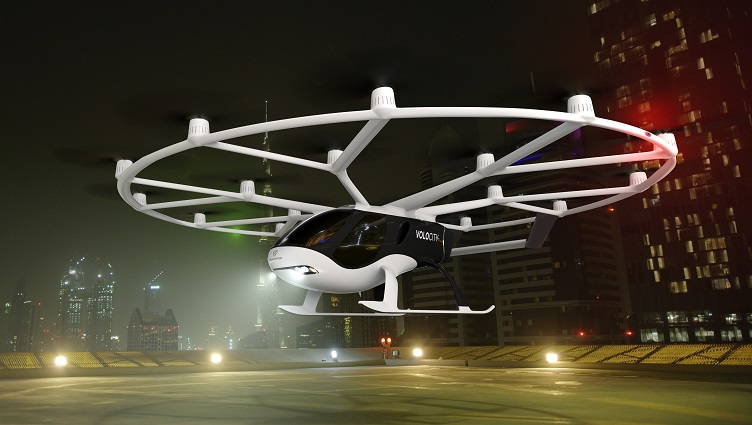 The VoloCity flying taxi that Volocopter has been testing. SourceL Volocopter

Volocopter, a startup developing flying cars, has raised about $55 million in funding in order to bring the commercial launch of its VoloCity aircraft to fruition in the next three years.

The VoloCity flying car will be an all-electric air taxi designed to move people around cities and transform transportation systems, moving them toward more sustainable vehicles as well as offering new mobility options for citizens.

The funding was led by Zhejiang Geely Holding Group, a privately held automotive group in China, and the company is in discussions to close additional funding by the end of the year. To date Volocopter has raised a total of $93 million.

Another test will take place at the ITS WC trade show in Singapore in October where the company will showcase its VoloPort air taxi landing infrastructure.

By posting a comment you confirm that you have read and accept our Posting Rules and Terms of Use.
Advertisement
RELATED ARTICLES
You can now pre-order flying taxi rides, but the wait is 2 to 3 years
Flying car startup acquires Uber Elevate
Report: GM may get into the flying car business
These are the challenges facing air taxis
Novel propulsion system promises high-speed, low-noise, vertical-takeoff-and-landing flight
Advertisement