These are the challenges facing air taxis 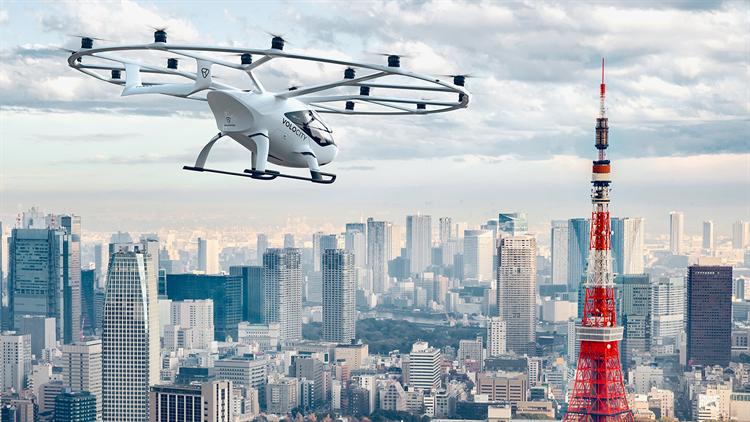 Once the realm of science fiction, air taxis are set to become part of our daily lives within a few years.

Enabled by advances in vertical take-off and landing (VTOL) aircraft technology and encouraged by the rapid growth in mobility-as-a-service (MaaS), the first flying taxis are expected to start operating in Europe by 2024, according to the European Union Aviation Safety Agency (EASA). A report by Frost & Sullivan estimates that the number of air taxis could reach 430,000 worldwide by 2040.

Often viewed as an important component in the future of the MaaS ecosystem, air taxis have the added advantage of relieving congestion in cities and reducing travel time. For example, it is estimated that a journey between La Défense and Paris-Charles-de-Gaulle airport would take no more than 15 minutes by air taxi, compared with 40 minutes by car.

However, the technology is not yet mature and air taxis face numerous technological, cost, regulatory and safety challenges before they find a place in the global MaaS ecosystem.

However, even though the air taxi makes perfect sense in context of MaaS, the business case is less clear and somewhat challenging — both technologically and economically. Recently released documents reveal how two developers — Joby Aviation and Lilium — are pushing technological boundaries, and how they view the business opportunity.

Joby is developing a four-passenger electrically powered VTOL (eVTOL) with a range of 130 nm, while Lilium is working on a high-speed regional air mobility platform that will be powered by 36 tilting electric fans and capable of carrying six passengers up to 135 nm. 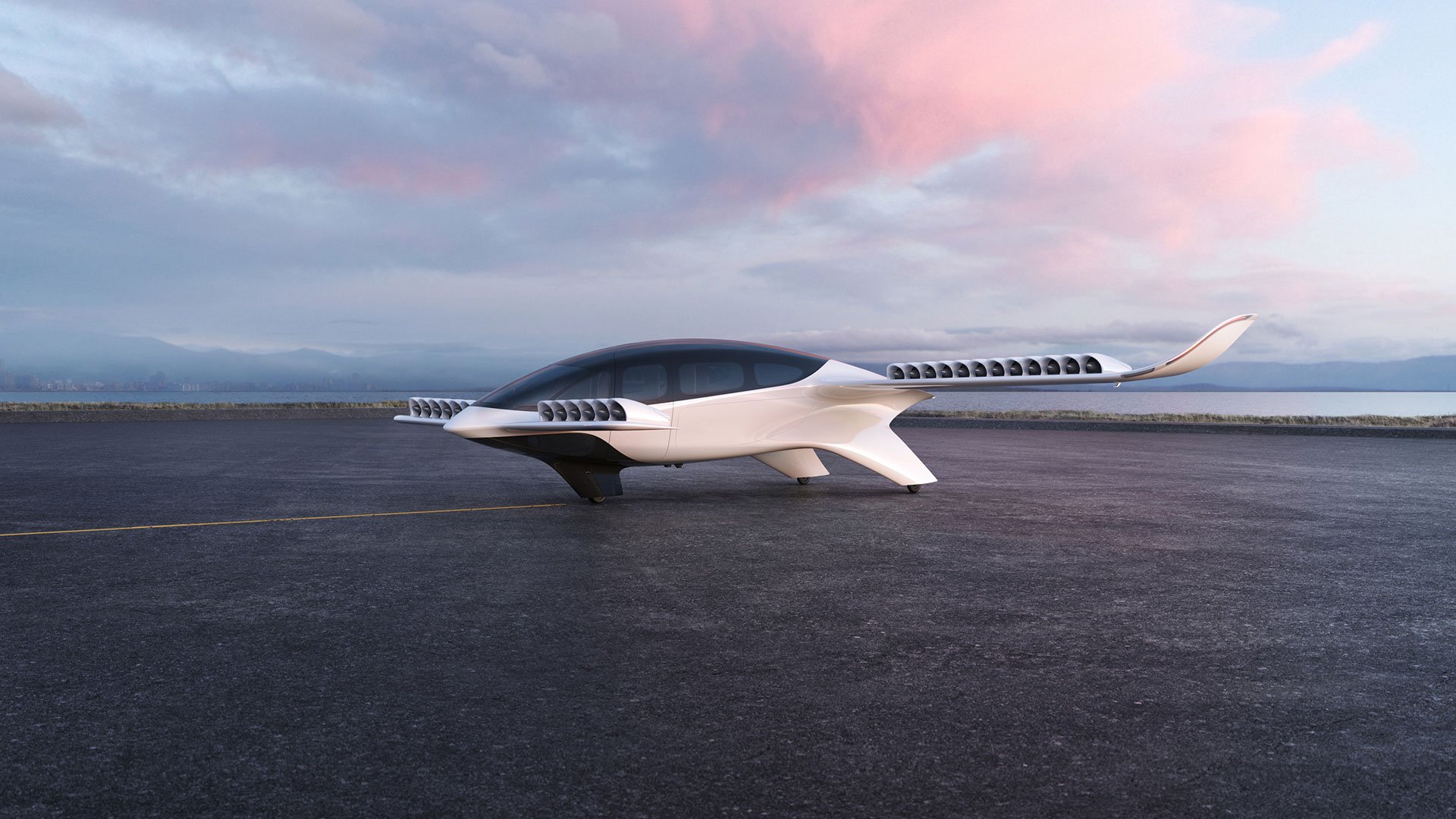 Lilium’s business model is particularly enlightening, revealing that each of its eVTOLs will cost an estimated $2.5 million and have an eight-year lifespan. Lilium expects each vehicle to generate revenue of $5 million annually and return a $10 million profit over its lifespan. To satisfy the predicted demand, the company anticipates increasing annual production of its eVTOL from 90 units in its first year to 950 annually by 2027.

While these forecasts would, on face value, make good economic sense, there are important considerations these companies and their potential investors need to think through. For instance, what manufacturing strategies will they pursue, and how will they develop an economically viable and technically capable supplier network that meets the stringent standards of the aerospace industry?

EVTOL air taxi developers have to simultaneously grow their manufacturing capabilities while developing novel supply chains that are significantly different from existing transportation-equipment supplier networks. They face the challenge of needing aerospace-quality parts produced at costs more typical of the automotive industry than the aerospace sector.

But air taxi manufacturers cannot simply turn to auto suppliers. These companies are normally not accredited to aerospace quality and engineering standards, and would typically require manufacturing volumes far in excess of those the eVTOL industry could support. Largely as a result of economies of scale, the high cost of components will make producing lower-cost eVTOLs with faster payback periods difficult.

The operational costs of piloted air taxis, along with the costs to support their full maintenance lifecycle, could also outweigh the price operators could charge for the service. This, in turn, could significantly curtail the number of passengers able to pay the resultant premium for a short flight.

However, potential air taxi operators are banking on a future with higher degrees of automation, which could allow for simplified pilot licensing or, eventually, completely autonomous operation. But it will be years before society and regulators such as the FAA accept this technology.

Even without considering the regulatory hurdles that electrified and autonomous air taxis will bring with them, legislators and manufacturers face several novel challenges in ensuring the safety of VTOLs when ferrying passengers.

A significant difference in safety that separates VTOL designs from traditional aircraft is that VTOLs don't have a reliable means of passively generating lift in the event of a power system failure. Many fixed-wing aircraft can rely on their wings to provide some vertical lift, provided there is some horizontal velocity, even with a total loss of power. Similarly, helicopters can autorotate, using the unpowered rotor to generate enough resistance to make a survivable descent and landing. In both cases, the landings might be rough, but vastly increase passenger survivability.

VTOLs, and more specifically eVTOLs, on the other hand rely either entirely or in large part on distributed propulsion systems with multiple electric motors driving propellers or fans that together generate lift. Some eVTOLs have wings, but those wings are not necessarily designed to facilitate glided landings. And some eVTOLs rely exclusively on powered lift systems, meaning that if a software or hardware failure disables the entire power system, the vehicle would no longer be able to generate any lift.

The companies developing eVTOLs are well aware that in order to be successful, they'll have to achieve a level of safety that inspires confidence from both regulators and passengers. Thus eVTOL manufacturers are upping their game in the quest for safety.

Conventional light aircraft are engineered based on the potential for a hazardous or catastrophic failure once per 1,000,000 hours of operation. Larger aircraft are engineered to more rigorous standards, with failure rates of once per 10 million hours of operation. Commercial passenger aircraft meet the highest standards of all, with catastrophic failure rates in the range of once per billion flight hours.

According to Oliver Reinhardt, head of airworthiness certification and quality at Germany’s Volocopter, the manufacturer had to achieve a level of safety that's higher than that expected from current fixed-wing aircraft or light rotorcraft, if its eVTOLs were to find acceptance with regulators and the public.

In achieving this, Volocopter has adopted multiple layers of both redundancy and dissimilarity. Every critical system has a backup system, and each backup system uses a different kind of hardware running different software written in a different programming language, all produced and validated by different companies. This protects the overall system from any individual point of failure.

However, even though eVTOL manufacturers are focused on safety, it's up to regulatory agencies like the FAA and EASA to establish the safety rules that will allow eVTOLs to be certified to carry passengers.

This process is currently ongoing, and the two agencies are taking very different approaches. The FAA is adapting existing regulatory frameworks to eVTOLs by finding ways of applying airworthiness standards intended for more conventional aircraft designs. EASA, in contrast, is working on a complete set of dedicated technical specifications specifically for eVTOLs and the air taxi services they support. This too could delay air taxi deployment.

[Sign up for GlobalSpec aerospace or automotive newsletters — for free!]

Now that the first experiments have begun, the excitement around air taxis is growing. Investors are following the trend closely and are not hesitating to put their money up: in 2021, Vertical Aerospace raised $205 million and Volocopter raised €200 million. Consumers also seem to be open to this new way of commuting. According to an EASA study, 83% of respondents have a positive view of urban air mobility and 71% are willing to try air taxi services.

In past years, when the UAM industry was largely funded through private investment, companies possibly faced less pressure to quickly overcome technological, regulatory and economic hurdles. But now, with developers going public through SPAC transactions, the game is changing. Today’s eVTOL companies have a more-limited timeframe to overcome challenges and to meet the expectations of their investors and shareholders.

By posting a comment you confirm that you have read and accept our Posting Rules and Terms of Use.
Re: These are the challenges facing air taxis
#1