Earth-sized exoplanet found to have no atmosphere 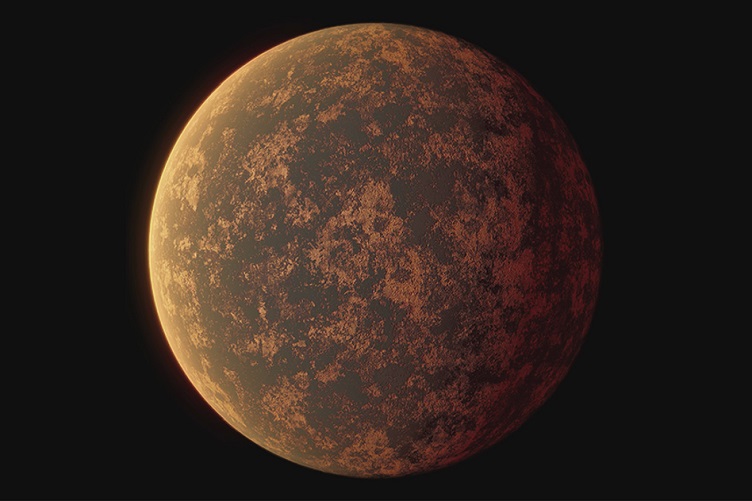 An artist's rendering of the exoplanet LHS 3844b. Source: MIT

Scientists have been hunting for Earth-like planets for years, hoping to discover an atmosphere similar to Earth's atmosphere or one close enough to maybe support life, and, in 2018, they thought they had with the discovery of a planet called LHS 3844b. However, researchers have found that LHS 3844b is not at all what they first thought.

First discovered by NASA’s Transiting Exoplanet Survey Satellite (TESS), LHS 3844b measured 1.3 times larger than Earth. The planet, which resides just 49 light-years from Earth, orbits a small, cool M-dwarf star in just 11 hours — one of the fastest known orbiting exoplanets. Atmospheres have been previously detected on planets much larger than Earth including Jupiter and Neptune, but these are made primarily of ice and gas.

The orbital pattern of LHS 3844b. Source: MIT“We basically found a hot planet with no gases around it,” said Daniel Koll, a postdoc in MIT’s Department of Earth, Atmospheric, and Planetary Sciences. “This is the first time we’ve known anything in detail about the atmosphere of a planet around these M-dwarfs, which are the most common type of star, making LHS 3844b the most common type of rocky planet in the galaxy.”

It is unlikely given these conditions that any type of life could be supported there because the lack of an atmosphere would instantly cook off any organisms on the planet’s surface.

Scientists did not expect to find a planet hospitable for life. Instead, they were attempting to determine whether the category of planets surrounding smaller stars had atmospheres or not. LHS 3844b was the first crop of extrasolar worlds confirmed by TESS, which monitors thousands of the closest, brightest stars for orbiting planets.

How they found out

Researchers determined that they could measure the heat given off by the planet’s various faces during its orbit, distinguishing between the dayside and the night side to determine whether the planet had an atmosphere.

The team then used NASA’s Spitzer Space Telescope, which measures infrared radiation or heat, to capture 100 hours of LHS 3844b orbits. From these measurements, researchers calculated the dayside temperature to be 1,000 kelvins (1,340° F) and the night temperature drops to as low as 0 kelvins (-460° F).

By posting a comment you confirm that you have read and accept our Posting Rules and Terms of Use.
Advertisement
RELATED ARTICLES
A Planet Hotter Than the Sun
Earth-sized exoplanet discovered by NASA’s TESS satellite
Plan a Virtual Trip Beyond Our Solar System with NASA
NASA finds Earth-size exoplanet orbiting a habitable zone
Primitive Atmosphere Found Around 'Warm Neptune'
Advertisement