Ondiflo, a blockchain platform for the oil and gas industry, announced the success of its proof-of-value (PoV) project of fluid hauling in East Texas in collaboration with BPX Energy, the U.S. onshore oil and gas unit for global energy company BP, and a selection of the operator's suppliers.

Ondiflo's blockchain-based application for fluid hauling provides an automation platform for the optimization of field-tracking activities, where tank-level data received from sensors, service orders, field tickets and invoices, as well as regulatory documentation, are transacted via smart contracts and key-data captured in the blockchain.

Throughout the pilot, during which Ondiflo's blockchain-based solution was deployed with three water hauling companies, BPX Energy and its suppliers identified substantial operational and financial benefits, including cost reduction by improved efficiency, reduced procure-to-pay time cycles and improved asset utilization.

With 50 metered wells connected to the Ondiflo platform and sending tank levels every five minutes, over 10,500 hauls have been automatically processed since the start of the project. An average of over 90% accuracy was achieved in haul detection and matching to field tickets after six weeks. Over 65 truck drivers and 11 dispatchers used the Ondiflo app, and one of the companies used its own e-ticketing app connected to the Ondiflo APIs for this project.

The PoV project improved dispatch optimization by projecting service requests out for 48 hours. Savings on the field ticket approval effort and invoice processing efforts were achieved by automatically approving hauls if the volume computed by Ondiflo matched the volume entered on the field ticket. 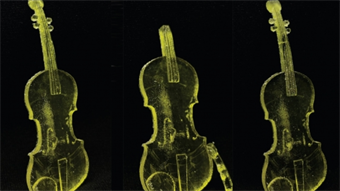