A consortium of researchers from Washington State University, utility company Avista, the Pacific Northwest National Laboratory, the U.S. Departments of Energy and Defense, and over a dozen industry advisors is testing blockchain’s ability to increase the cybersecurity resilience of electricity infrastructure.

The researchers said that these use cases are important as energy utilities work to secure an increasing number of end points from evolving cyber threats, while at the same time managing the expansion of distributed energy resources and other smart devices.

They said the initial tests suggest that blockchain shows potential to help secure these types of transactions. Blockchain also can enhance grid resiliency by providing a novel security solution for managing and securing critical energy delivery systems and data. 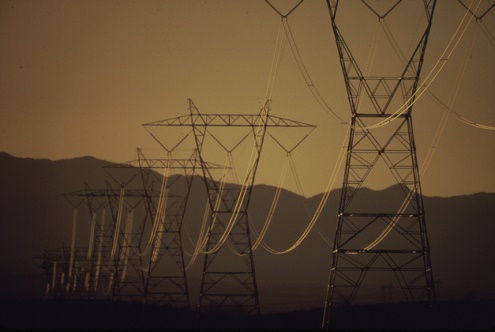 Blockchain remains a nascent technology, but it could enhance efforts to secure electric power grids. Source: NRELMichael Mylrea, the project’s primary investigator and a senior advisor for cyber security and resilience at PNNL, said that “While blockchain technology is still at a nascent stage and lacks a browser-level ease of use, these initial pilots demonstrated that blockchain could potentially unlock a new wave of innovation to help secure complex energy exchanges.”

Blockchain software provides a digital ledger that records transactions of value using what the researchers call a "cryptographic signature." Transactions are maintained in a continuous list of records, called "blocks," with protections against tampering.

Each block contains a timestamp and a cryptographic link to a previous block. Because the data that forms a block cannot be altered retroactively, the chain is difficult to modify.

Energy utilities are taking notice of blockchain’s potential, the researchers said. However, they remain cautious due to questions related to the technology's interoperability, security and scalability.

The Keyless Infrastructure Security System (KISS) project was funded by the Energy Department and focuses on:

These findings have helped open future research in applying blockchain that was developed during the project to live grid telemetry.

The researchers said that several blockchain solutions are energy intensive and often vulnerable to different cyberattacks. Public and private blockchains, and applications, configurations and implementations vary in terms of cost, latency, interoperability and applicability for securing critical energy infrastructure.

In 2019, the team expects to start commercializing a blockchain-enabled cybersecurity controller and move beyond field testing to utility-level deployments. They also plan to explore opportunities to partner with industry and utilities to increase the speed, security and interoperability of complex energy transactions.