The Department of Energy’s Lawrence Berkeley National Laboratory has been awarded $6 million to find “super emitters” of methane in an effort to quantify and potentially mitigate methane emissions.

With funding from the California Energy Commission, the project will focus on the southern San Joaquin Valley, a region where the dairy and oil and gas industries are dominant sources of methane. 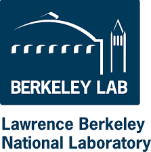 The existing methane accounting and monitoring frameworks in California are limited in their ability to resolve emissions at the scale of an oil and gas field or a natural gas processing facility, said Sébastien Biraud, a Berkeley Lab scientist who leads the effort. The idea for this project is based on developing a tiered observation system.

As part of their work, the researchers will monitor and quantify methane emissions at multiple scales, from regional to facility and component scales. Detection methods include collecting air samples from a network of fixed towers and aircraft, running field campaigns to test new technologies including low-cost sensors, driving through the region using on-road vehicles equipped with a variety of equipment, and surveying residential and commercial buildings.

One goal is to design a monitoring framework, show that it works and then expand it throughout the state.

Researchers said that methane is classified as a short-lived climate pollutant since it stays in the atmosphere for only about 10 years. California is mandated to reduce its greenhouse gas emissions under several laws and executive orders, and it has prioritized a reduction of short-lived climate pollutants to make a more immediate beneficial impact on climate change and public health.

For example, California passed the California Cooling Act in 2018. The law bans certain hydrofluorocarbons in new air conditioning and refrigeration systems. And following the 2015 Aliso Canyon leak from a natural gas storage facility in Southern California, the state adopted an air regulation requiring quarterly monitoring of methane emissions from oil and gas wells, natural gas processing facilities and other equipment used to process and deliver oil and natural gas.

Numerous studies, including those from Berkeley Lab, have found that official inventories could be underestimating methane emissions. The southern San Joaquin Valley is lacking, the researchers said, in reliable atmospheric observations of methane. Combined with the complexity of this region’s sources, this results in "significant uncertainty" in the total magnitude and distribution of methane emissions in the region.

The prime target of SUMMATION is big emitters. A statewide methane survey led by NASA Jet Propulsion Laboratory from 2015 through 2017 found that 80% of methane emissions in California are from 25% of sources; in some cases, as few as 1% of sources contribute more than half the emissions. A super emitter could be a dairy, a landfill that is not well maintained or a leaking natural gas compressor station.

Having multiple collection methods, including continuous and frequent field campaigns, are expected to improve detection and monitoring. A persistent network of towers addresses the nature of intermittent sources, the researchers said.

One component of the project is to evaluate low-cost methane sensors. The researchers expect to invite companies with emerging technologies to participate, then deploy some of the devices over a one-year period.

With observations and data analysis from the tiered observation system framework, Berkeley Lab researchers plans to perform an economic analysis, looking at ways to deploy some of these technologies to address certain questions in other parts of the state.

By posting a comment you confirm that you have read and accept our Posting Rules and Terms of Use.
Advertisement
RELATED ARTICLES
NASA study finds leaks account for half of major methane sources at largest US oilfield
Methane Emission Sources ID'd from the Air
A Bottom-Up Analysis of US Livestock Methane Emissions
NASA tool detects methane super-emitters from space
Massive oil and gas industry methane plumes detected from space
Advertisement