A new study by NASA, the University of Arizona and Arizona State University found that equipment malfunction is responsible for about half of the main sources of potent greenhouse gas methane emissions at the Permian Basin, the largest producing oilfield in the United States. The Permian Basin spans parts of west Texas and southeastern New Mexico, about 250 miles wide and 300 miles long. About 4.5 million barrels of crude per day were produced there in May 2021.

The team found that repairing 123 of the most persistent sources of leaks, methane emissions could be reduced by 55 tons (50 metric tons) an hour. That represents the equivalent of 5.5% of all methane emissions from all U.S. oil and gas production, according to the official estimate. 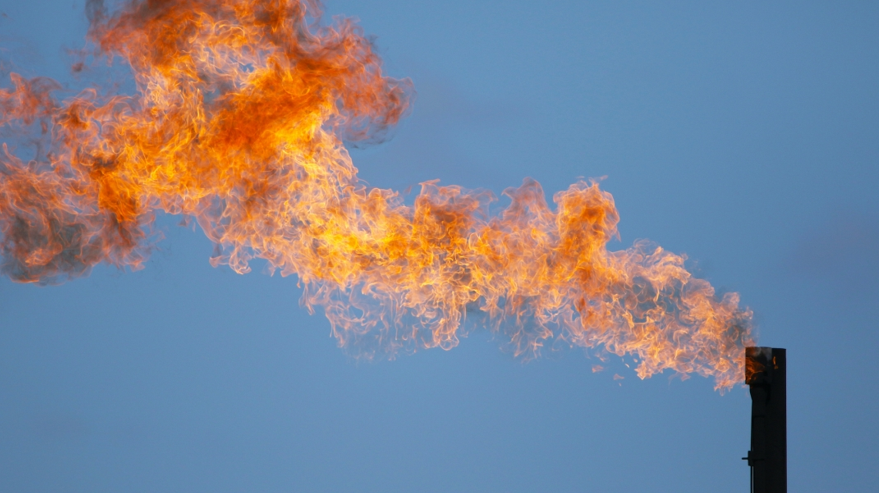 Natural gas flaring – a known source of methane emissions – in the Eagle Ford Shale play in Texas, which is just south of the Permian Basin. Source: Leslie Von Pless

Fracking, linked to methane leaks, is the most common method of drilling in the basin. Methane has about 80 times the warming potential of carbon dioxide over the first 20 years it reaches the atmosphere. The study concentrated on sources that release more than 22 lb of methane per hour (super-emitters).

The team combined observed methane concentrations with reported wind speeds to calculate emission rates. Spectrometers identified the gas by its effects on reflected sunlight. They located 1,756 super-emitters in a 22,000 square mile section of the oilfield.

Some emissions are planned venting of pressure release valves, not leaks. "Multiple revisits of these sites are the best way to discriminate between unplanned and planned emissions," said Daniel Cusworth, a scientist with NASA's Jet Propulsion Laboratory and lead author of the study.

High-resolution cameras were used to relate plumes to equipment on the ground that can potentially leak, such as oil and gas wells, compressors and pipelines.

Locating the sources and verifying them on the ground increases the chance of the leaks being repaired, according to co-author Riley Duren of the University of Arizona.

The study is published in Environmental Science & Technology Letters.