Beresheet 2 will continue its namesake’s mission

The crash of Israel’s Beresheet lunar spacecraft was a disappointing conclusion to its nearly two-month-long moon mission, but the plucky craft’s engineers and sponsors are keeping the dream alive. SpaceIL, the nonprofit organization that designed, built and managed the mission, announced plans to try again with Beresheet 2. 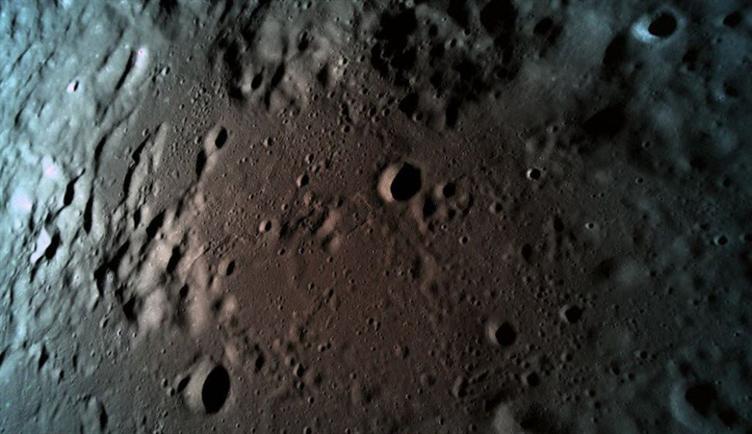 This is the last picture from the Beresheet spacecraft, taken at a distance of about 9 miles from the lunar surface. Image credit: SpaceILnext mission. To help finance it, XPrize founder and Executive Chairman Peter Diamandis and CEO Anousheh Ansari said SpaceIL and IAI will receive the Lunar XPrize Moonshot Award of $1 million, despite failing to land safely. In late March Diamandis had announced the award’s creation in recognition of the Beresheet team’s determination to continue, even after the deadline for the initial Lunar XPrize expired on March 31, 2018.

When announcing the award Ansari commented, "I think they managed to touch the surface of the moon, and that's what we were looking for our Moonshot Award."

Diamandis added that the Beresheet mission not only touched the surface of the moon, “they touched the lives and the hearts of an entire nation, an entire world, schoolkids around the world."

Preliminary evidence points to human error as the cause of the craft’s crash landing. Several days after the crash, SpaceIL announced that a manual command was entered to correct a guidance system fault. This command “led to a chain reaction in the spacecraft, during which the main engine switched off, which prevented it from activating further,” SpaceIL said in a written statement.

Without its engine Beresheet lost communication with mission control and was unable to slow its descent to the lunar surface. Beresheet received the guidance system correction at about 46,000 ft (8.7 miles) above the moon, just after it transmitted its last picture. It sent its last communication to ground control when it was 492 ft from the surface. Investigation into the cause continues.

Although the Beresheet team would have preferred a successful landing, the team and its spacecraft have made an impact in other ways. One of the mission’s most important goals has been to stimulate student interest in STEM subjects. Israeli schoolchildren contributed drawings to Beresheet’s time capsule, and they have followed the spacecraft’s journey.

Beresheet accomplished several firsts and other achievements before its crash landing:

One part of Beresheet’s mission might have survived the crash. NASA had sent a laser retroreflector array, an array of mirrors that provides a target for laser tracking and other location systems, along with the spacecraft. NASA engineers are working to find out whether this equipment survived the crash and is still usable.

By posting a comment you confirm that you have read and accept our Posting Rules and Terms of Use.
Advertisement
RELATED ARTICLES
Beresheet moves into lunar orbit
Lunar Xprize Foundation's Moonshot Award could go to SpaceIL, Beresheet
Beresheet blasts closer to the moon
To the moon: Israel's Beresheet moon probe departs Cape Canaveral
Beresheet has moon landing in its sights
Advertisement