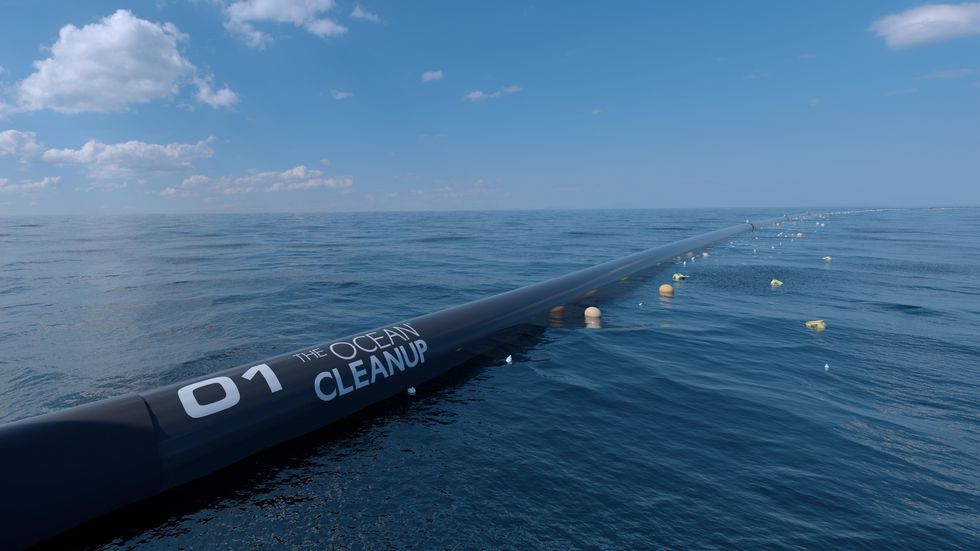 Source: The Ocean CleanupA tool designed to help with cleanup efforts in the Pacific Ocean isn’t working as well as expected according to new reports.

Setting sail for the Great Pacific Garbage Patch this past September, System 001 from the nonprofit organization The Ocean Cleanup is not performing as promised. The system, which is a series of floating plastic tubes held in place by floating anchors that sit on the oceans’ surface, was designed to capture and collect plastic and other waste that has accumulated in the waters between California and Hawaii.

Forming a U-shape, the connected tubes are meant to corral trash floating in its direction as the wind and waves move the tubes at greater speeds through the water than the trash, ultimately trapping the garbage in the middle. The 600 m tube, which includes a net that gathers debris from below the surface of the water as well, is transported by tugboat and is occasionally accompanied by a support vessel that removes the debris from the contraption.

However, testing of the device has demonstrated that once the tubes collect the trash, the waste tends to escape the contraption, floating away. Among the explanations for the contraption’s failure, according to its engineers, might be the possibility that the tubes are not being pushed, as originally assumed, at speeds greater than the trash by the combination of wind and waves, which explains why it can’t hold onto the waste. Another explanation, according to the device’s engineers, is that the tubes are simply too short and the vibrating ends of the tubes push trash away entirely.

Regardless of the cause, modifications to the tubes will need to happen quickly given The Ocean Cleanup's goal of ridding the Great Pacific Garbage Patch of 50% of its waste in five years. So far, it is unclear how much, if any, of that goal has been met.

Home to roughly 1.8 trillion pieces of floating debris, the Great Pacific Garbage Patch is a floating island of trash that is estimated to be double the size of Texas and has become a symbol for the epidemic of ocean pollution the world over.

By posting a comment you confirm that you have read and accept our Posting Rules and Terms of Use.
Re: Device Designed to Clean Up The Great Pacific Garbage Patch Isn't Working
#1

The garbage must be sucked by a big airplane in batches.