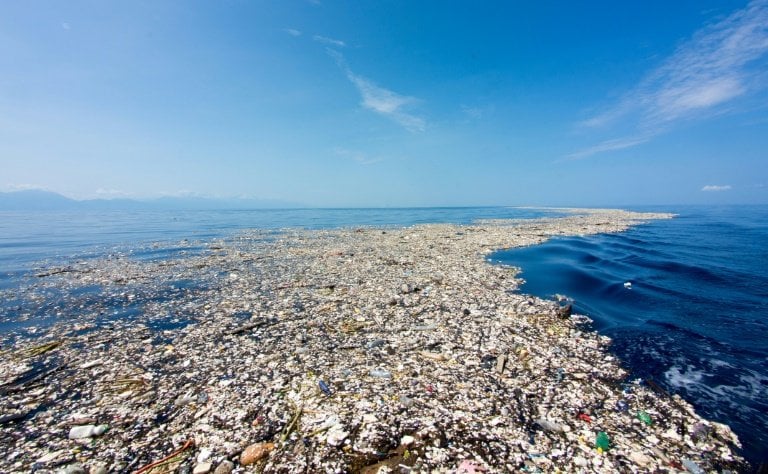 Eight million tonnes of plastics enter the oceans every year, much of which has accumulated in five giant garbage patches around the planet, according to a new study.According to a report published this week, an island of plastic waste floating in the Pacific has become so big it now rivals the size of France, Spain and Germany combined.

The enormous collection of microplastics, bottles, containers and fishing nets, called the “Great Pacific Garbage Patch” (GPGP), is much larger than previously thought and continues to grow at a rapid pace, according to researchers from Dutch start-up the Ocean Cleanup Foundation who used boats and aircraft to assess the growing threat.

“We found about 80,000 tonnes of buoyant plastic currently in the GPGP," Laurent Lebreton, lead author of the study published in the journal Scientific Reports.

According to the team’s findings, roughly 1.8 trillion pieces of plastic have collected on the marine gyre between Hawaii and California over the years.

With implications for marine life and thus the entire food chain, microplastics (fragments of plastic smaller than 5 mm) make up a significant amount of the debris in the GPGP. Combined with larger plastic pieces, the researchers concluded that the GPGP now stretches 1.6 million square kilometers.

"The inflow of plastic to the patch continues to exceed the outflow," Lebreton said.

Also concerning is that researchers believe that this is only the surface of the problem.

"Levels of plastic pollution in deep water layers and seafloor below the GPGP remain unknown," the study warned.

Hoping to clean up about half of the GPGP debris over the next five years, the Ocean Cleanup Foundation will set about constructing a number of floating barriers to help with removal efforts.