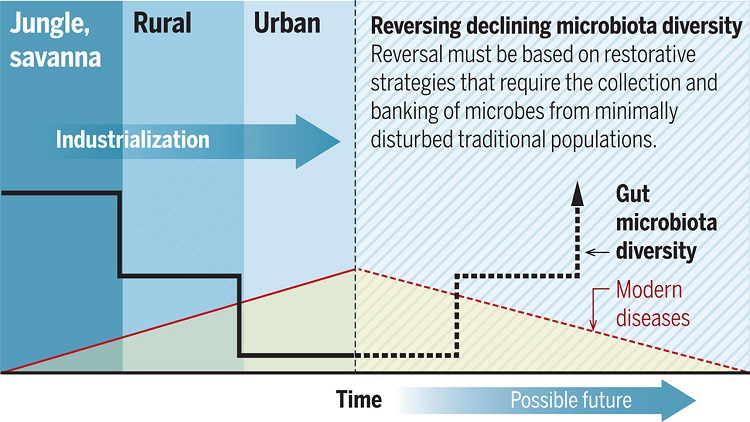 The Svalbard Global Seed Vault in Norway hosts the world's largest, most diverse collection of embryonic plant seeds, created in case of natural or human-made disasters. Researchers now want to extend this concept to a global microbiota vault to protect the long-term health of humanity.

Rutgers University scientists proposed gathering a bevy of beneficial germs from human populations whose microbiomes are uncompromised by antibiotics, processed diets and other ill-effects of modern society -- which have contributed to a massive loss of microbial diversity and an accompanying rise in health problems. Creating such a "Noah’s ark" of microorganisms may be of future use in preventing disease by reintroducing lost microbes.

Researchers must first collect beneficial microbes from remote Latin American and African populations that have the greatest microbiota diversity before they too succumb to the effects of urbanization. According to researchers, urban denizens have lost a substantial part of their microbiota diversity, citing as evidence that the gut flora of most Americans is half as diverse as that of hunter-gatherers in isolated Amazonian villages.

The proposal for a global repository of human-associated microbes is published in Science.