Walney Extension, the world's largest offshore wind farm, has officially opened in the Irish Sea off the Walney Island coast in Cumbria. The installed capacity of 659 MW is capable of powering almost 600,000 U.K. homes. 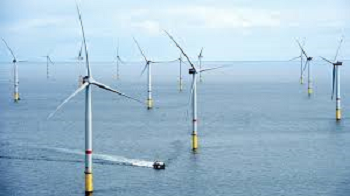 When inaugurated in 2020, Scottish Power Renewables’ East Anglia One will be bigger at 714 MW. Ørsted has even larger schemes in the works, including Hornsea One and Two (1,200 MW and 1,800 MW, respectively) off the Yorkshire coast.

According to the Global Wind Energy Council, the U.K. is the largest offshore wind market, accounting for just over 36% of installed capacity.

55 square miles for less than 1 gigawatt, that's quite a footprint....

..."Specifically, this report finds that coal, natural gas, and nuclear power all feature the smallest physical footprint of about 12 acres per megawatt produced. Solar and wind are much more land intensive technologies using 43.5 and 70.6 acres per megawatt, respectively.Jun 24, 2017"...

Re: Watch: the World's Largest Offshore Wind Farm is Now Operational
#2
In reply to #1
SolarEagle

Re: Watch: the World's Largest Offshore Wind Farm is Now Operational
#3
In reply to #2
SolarEagle

Your answer to most questions on the forum are usually among the best, You need to check your math on your comment there are 24 hours in a day and 365 days in a year--- and while the wind does not blow on all days and every hour -- if you have ever been in the North Atlantic you would find it blows a lot of them there...