Bacteria have been growing a resistance to many antibiotics in recent years. Common bacteria treatments are starting to become ineffective. The bacterial development strikes fear in patients and the medical field worldwide. Researchers are attempting to develop methods to battle bacteria resistance and the latest development comes from the Okinawa Institute of Science and Technology Graduate University (OIST). 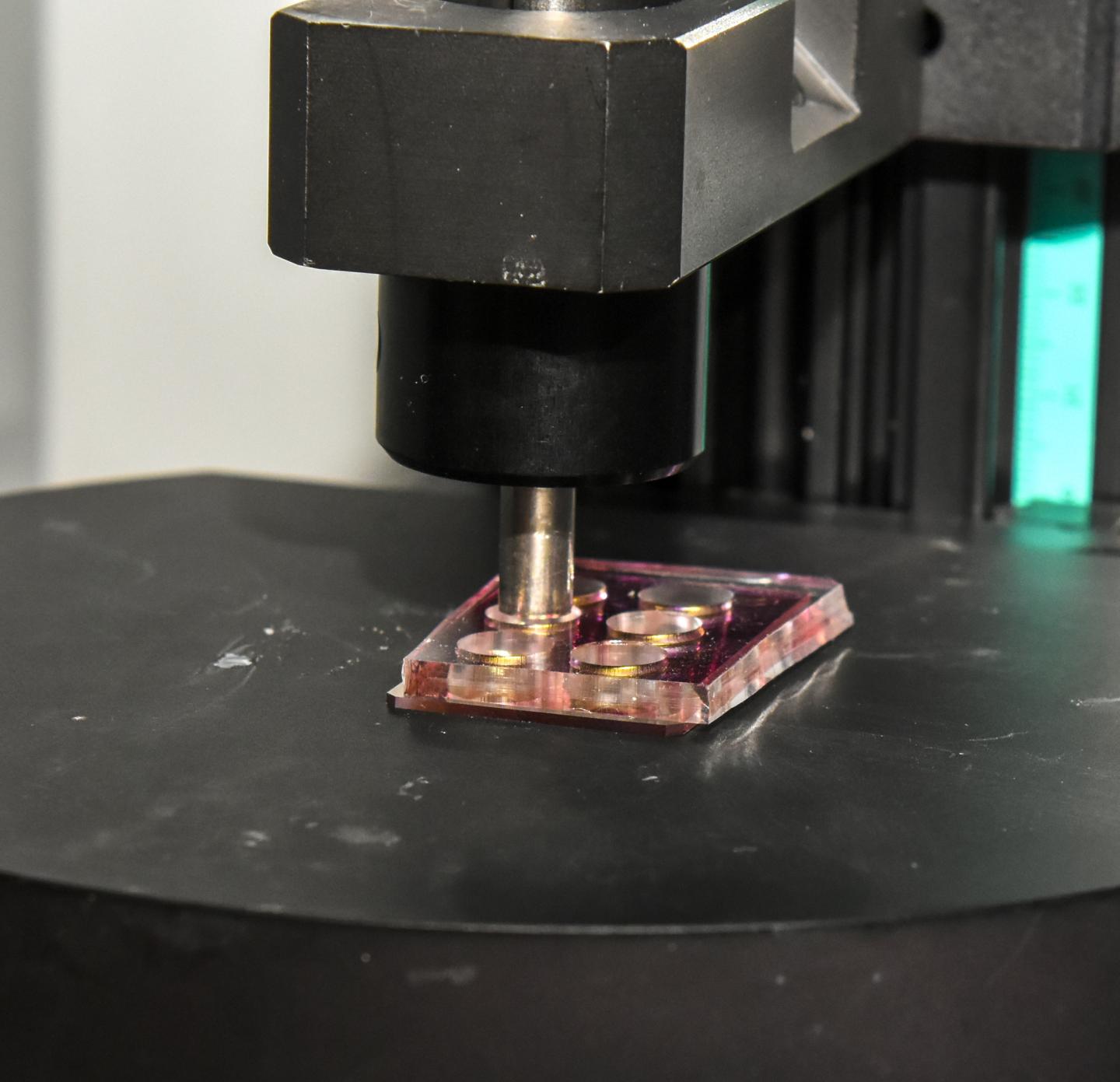 This is a nanomushroom chip undergoing testing with an LSPR device. Source: OIST

OIST researchers have developed a new, biofilm-based method to test potential antibiotic replacements. Biofilms are bacterial cells that band together to create a slimy matrix and are part of why bacteria can be resistant to antibiotics. Biofilms aren’t only hazardous to the medical field, but they can also be dangerous for food production, clog sewage treatment pipes and more. Researchers have to understand biofilms to have a chance of defeating strong bacteria.

During their study, the OIST scientists focused on the kinetics of biofilm assembly, which indicates which drugs and chemicals could potentially counteract bacteria. To do this, the team needed to develop a tool that could help them monitor biofilm growth.

"We created little chips with tiny structures for E. coli to grow on," said Dr. Nikhil Bhalla, working in OIST's Micro/Bio/Nanofluidics Unit. "They are covered in mushroom-shaped nano-structures with a stem of silicon dioxide and a cap of gold."

OIST’s Structural Cellular Biology Unit supplied the research team with stocks of E. coli that were mounted on the surface of nanomushroom chips. Light was beamed onto the nanomushroom chips and the light was absorbed by localized surface plasmon resonance (LSPR).

The team then measured the difference between the light wavelengths as they entered and exited the chips. By measuring the light, the researchers could observe the growing bacteria without disturbing the growing process.

"This is the first time we have used this sensing technique to study bacterial cells," said Dr. Riccardo Funari, the team's resident biotechnologist. "But the problem we found was we couldn't monitor it in real time."

To solve this problem, a technician from OIST created a new set of software that constantly streams data from the LSPR set up.

"We made an automatic measuring program with instant analysis based on existing software, which let us process the data with one click. It greatly reduced the manual work involved and let us correct any problems with the experiment as they happen," said research technician Kang-yu Chu.

The new tool can be used in any lab, but the team plans to miniaturize the technology so it can be a portable device that can be used for biosensing applications.

"Studies on clinically relevant microorganisms are coming next," said Dr. Funari, "and we're really excited about the applications. This could be a great tool for testing future drugs on lots of different kinds of bacteria."

The paper on the research was published in ACS Sensors.

By posting a comment you confirm that you have read and accept our Posting Rules and Terms of Use.
Advertisement
RELATED ARTICLES
Video: Magnetic Fields Destroy Bacteria on Artificial Joints
Watch how tea and magnets combine to combat biofilms
Nanofiber Coating Prevents Infection in Prosthetics
Researchers reveal how electraceutical bandages work
Using Clay to Combat Bacterial Infections
Advertisement