First Evidence That Seals Consume Microplastics Via Their Prey 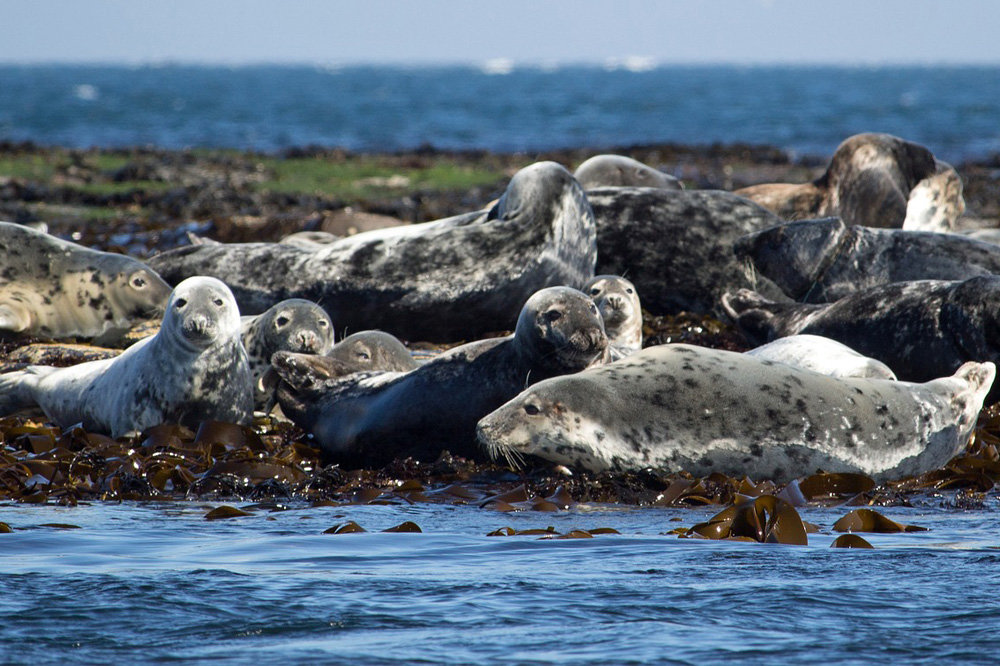 Grey seals have been found to consume microplastics via trophic transfer. Source: Plymouth Marine LaboratoryFor the first time, researchers have found evidence that the microplastics polluting the oceans and that are eventually consumed by fish are being transferred up the food chain to larger marine mammals such as seals.

The study, which was conducted by researchers from Plymouth Marine Laboratory (PML), University of Exeter and the Cornish Seal Sanctuary, looked at the scat (feces) from captive grey seals as well as at the digestive tracts of the Atlantic mackerel that the seals were fed.

In a process known as trophic transfer — where prey (like fish) containing microplastics are consumed by predators (like seals), thereby moving the microplastics up the food chain — researchers found evidence of microplastics in one-third of the mackerel and in half of the scat samples.

Lead author Sarah Nelms of PML's Microplastics Research Group commented: "Our finding that microplastics can be passed from fish to marine top predators is something we've long thought was the case but, until now, lacked the evidence to back our theory up. We have shown that trophic transfer is an indirect, yet potentially major, route of microplastic ingestion for these predators. By examining scat from captive animals and the digestive tracts of fish they were fed upon, we could eliminate the possibility that the seals were eating plastic directly and be sure that any microplastics we found in their scat came via the fish."

Dr. Pennie Lindeque, lead of PML's microplastics research, added: "Our study demonstrates how microplastics can be transferred from prey to predator and therefore passed up through the food chain. More work is needed to understand the extent to which microplastics are ingested by wild animals and what impacts they may have upon the animals and ecosystems."

Professor Brendan Godley, of the Centre for Ecology and Conservation on the University of Exeter's Penryn Campus, said: "The world is awakening to the gravity of the plastic problem and the possible negative impacts of microplastics in the marine environment. We are pleased to be helping to build the framework of evidence that will allow us to understand how and where these impacts may be felt by marine life."

The study is published in the journal Environmental Pollution.

By posting a comment you confirm that you have read and accept our Posting Rules and Terms of Use.
Re: First Evidence That Seals Consume Microplastics Via Their Prey
#1

So in this upward passing of plastics - there's no mention of pathology. Are the ingested plastics inert? Is the issue of plastics in marine species simply "interesting" rather than worrisome?

Re: First Evidence That Seals Consume Microplastics Via Their Prey
#2

" There is no mention of pathology " . That is a very good question !

That is just one of the reasons I only eat Farm raised seafood.

Re: First Evidence That Seals Consume Microplastics Via Their Prey
#3

BPA is a chemical which is known to leach out of plastics, disrupting the hormones, as well as causing brain damage, cancer, diabetes and heart problems. The great majority of plastic bottles in use today contain BPA