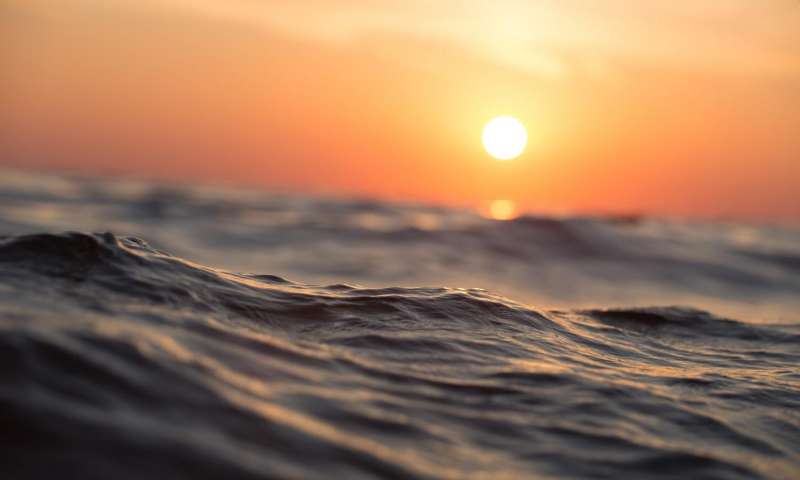 Hoping to further highlight the impact of microplastics on ocean life, researchers have published a new study revealing that microplastics were found in almost three out of every four mesopelagic fish captured in the Northwest Atlantic — considered one of the highest levels found worldwide.

Particularly concerning about the finding, according to researchers, is the possibility that the affected fish are spreading these microplastics throughout the ocean. As a food source for other fish, mesopelagic fish are likely consumed by other fish that are eventually consumed by humans, thereby introducing the microplastics into the food supply.

"Microplastic pollution has been in the news recently, with several governments planning a ban on microbeads used in cosmetics and detergents" says Alina Wieczorek from the National University of Ireland, Galway and lead author of the study. "The high ingestion rate of microplastics by mesopelagic fish that we observed has important consequences for the health of marine ecosystems and biogeochemical cycling in general."

As a food source for marine animals such as tuna, swordfish, dolphins, seals and sea birds, mesopelagic fish swim to the surface to feed, bringing back with them the microplastics they encounter at the surface.

"These fish inhabit a remote area, so theoretically they should be pretty isolated from human influences, such as microplastics. However, as they regularly migrate to the surface, we thought that they may ingest microplastics there," explains Wieczorek.

Researchers expect to conduct additional studies to learn more about how these fish are ingesting and spreading microplastics. "It will be particularly interesting to see whether the fish ingest these microplastics directly as mistaken prey items, or whether they ingest them through eating prey species, which have previously ingested the microplastics," says Wieczorek.

The study is published in the journal Frontiers in Marine Science.

By posting a comment you confirm that you have read and accept our Posting Rules and Terms of Use.
Advertisement
RELATED ARTICLES
First Evidence That Seals Consume Microplastics Via Their Prey
Watch this robotic fish "eat" plastic
Study: Microplastics Also Entering the Food Chain Through Mosquitoes
Tiny Microplastics in the Ocean Also a Threat to Whales, Sharks: Study
Dyeing to Detect the ‘Lost’ 99 Percent of Ocean Microplastics
Advertisement