A Robot Race to the Moon

Technology companies aren't waiting on NASA to spur commercial development in space. Lured in part by the chance to win the $20 million Google Lunar XPRIZE, 18 teams from around the world are racing to be the first to accomplish a unique technical triple play: Fly a lander to the Moon’s surface, deploy a rover that must maneuver a distance of at least 500 meters and send high-definition images back to Earth.

Arguably, the leading team in this race is Pittsburgh, Penn., based Astrobotic TechnologyThe company was established in 2007 by William "Red" Whittaker, who made Carnegie Mellon University’s National Robotics Engineering Center world famous through dozens of autonomous vehicle designs. Astrobotic, which sees the lunar competition as a key step in regular commercial ventures on the Moon, has already won more milestone prizes in the XPRIZE competition — $1.75 million — than any other team. These financial awards go to teams that have demonstrated successful landing, mobility and imaging capabilities. 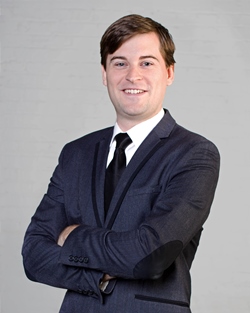 John Thornton, CEO, Astrobotic TechnologyAs the company ramps up for the 2016 lunar launch, Astrobotic CEO John Thornton, a mechanical engineer and robot designer, talked with Engineering360 Contributing Editor Larry Maloney about the technologies needed for robotic missions on the Moon.

Maloney: What role is the Google Lunar XPRIZE playing in promoting the commercialization of space?

Thornton: The prize serves as a catalyst to drive commercialization of lunar delivery services and related activities. It’s providing a good incentive for companies to want to go the Moon and set up shops there. It’s also helping to demonstrate to people that it is well within today’s technical capabilities to fly to the Moon on a regular basis.

Maloney: How does this competition advance Astrobotic’s own plans for space ventures?

Thornton: At its core, Astrobotic is a lunar logistics company dedicated to developing the business of delivering all sorts of payloads to the Moon — commercial, scientific, educational, and R&D. We want the company to be a Fed Ex or UPS to the Moon.

While the XPRIZE competition is a significant part of mission one, it won’t be the whole mission. On our Griffin lander, we expect to carry rovers from other XPRIZE teams, as well as payloads unrelated to the competition. 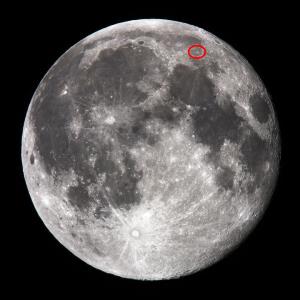 (Click to enlarge) The Astrobotic team intends to land at and explore Lacus Mortus (Dead Lake), circled in red. Image source: WikiMediaThe mission will involve exploration of our landing site, Lacus Mortis in the northeastern area of the Moon. That site contains a pit that is suspected to be a skylight, or entrance to a lava tube cave. The skylight is about 100 meters(m) deep, and the cave at its bottom could serve as a natural protection from the Sun’s radiation, micro-meteorites and the great thermal extremes on the moon’s surface. We want our rover to explore this pit and cave, which could one day be an outpost for humans on the Moon.

Maloney: Of the three key capabilities vital to the Lunar XPRIZE competition -- landing systems, rover mobility, and imaging – which is the most technically demanding?

Thornton: Each poses challenges, but the greatest is the landing itself. It’s a four-day trip to the Moon with trajectory correction maneuvers along the way. Once in lunar orbit, our Griffin lander uses radio telemetry and sensors to determine its position relative to the lunar surface. The lander’s descent starts at the opposite side of the Moon from our target landing site. Initially, the descent begins in a forward trajectory, and then gradually becomes a near-vertical descent in the last several hundred meters before a soft landing. On the Moon, there is no GPS, so we must use a different set of sensors to avoid hazards, in our case a combination of laser scanners, inertial sensors and stereo cameras. All of this occurs autonomously, with no input from our team on Earth. (Watch a video of a test of the landing vehicle.)

The next biggest challenge is the rover’s ability to move reliably on the lunar surface, which is covered in regolith, a substance resembling fine sand or even flour. You need to ensure that this moon dust doesn’t settle on the rover’s radiator surface or solar panels because it would affect the thermal performance of the vehicle. (Watch a video of a test of the lunar rover.)

Finally, the imaging system presents challenges because of the Moon’s unique optical environment, which is very bright and highly reflective. So you need cameras that can pick up contrast and adjust to a high dynamic range. We also need good electronic connections to transmit real-time, high-definition images back home to earth.

Maloney: How will this first lunar mission unfold for Astrobotic?

Thornton: We are currently working with customer companies to make sure that their payloads will integrate successfully with our Griffin lander. Measuring 5.2 feet high and 14.8 feet wide, the lander can carry a half ton of cargo to lunar orbit and almost 600 pounds (lbs) to the Moon’s surface. As we approach our target launch date in the second half on 2016, we will attach the various payloads to Griffin at an integration site in Florida. Next, we go to the SpaceX integration facility at Cape Canaveral, where the lander is attached to a Falcon 9 rocket for the launch. The rocket flies directly to trans-lunar injection, at which point the single-stage lander spacecraft detaches and flies the rest of the way to the Moon. After three trajectory maneuvers along the way, the Griffin flies in a 100-kilometer(kM) lunar orbit, deploying payloads as needed, such as satellites, before final descent. Once Griffin lands, it deploys our rover, which weighs about 45 lbs, as well as other payloads.

Maloney: What types of payloads do you envision for the mission?

Thornton: To help defray costs, we expect our lander to also carry rovers from other teams. We have partnered with Japan’s HAKUTO team to carry two of its rovers, one of which is designed to actually descend into the Lacus Mortis pit as discussed earlier. Once these solar-powered rovers get going, it will almost be like a NASCAR race on the Moon to see which one travels 500m the fastest. While on the Moon’s surface, we expect to deploy as many as 30 different commercial and scientific payloads, several of which will be attached to the lander and rovers. Each payload can plug into the lander’s central power and communication systems, in effect a Wi-Fi hot spot on the surface of the moon.

Maloney: What were some of the testing milestones for your systems?

Thornton: To simulate the final stage of our lander’s descent on the Moon, we did tests last year in the Mojave desert (in California), where we took a propulsive vehicle up to 250m in altitude and came down fully autonomously in a powered descent. We repeated this test three times, all successfully. Similarly, we’ve tested the rover’s ability to cover difficult terrain in a rock quarry. In the coming months, we’ll spend more time testing the lander’s propulsion and avionics systems.

In general, our practice is to test new hardware systems early and often in environments similar to what we’ll encounter. We’ve got an entire YouTube channel dedicated to our extensive testing.

Maloney: What’s at stake in XPRIZE awards to successful teams?

Thornton: Besides milestone awards and the $20 million grand prize, teams can also compete for bonuses attached to specific accomplishments, such as a rover traveling fivekM or surviving the long lunar night. Space Florida also will award an extra $2 million to a winning XPRIZE team that launches from that state. Even so, the Google Lunar XPRIZE awards collectively fall well short of covering all the costs of this mission. The rest of the money must come from investors and, in our case, payload customers.

Maloney: Looking beyond the XPRIZE, what do you see as the most commercially promising activities on the Moon over the next couple decades?

Thornton: Based on the success we’re having attracting payloads, I believe there’s tremendous interest worldwide in commercial lunar activities. The cost to get to space is coming down dramatically, which we hope will enable more countries, companies and even individuals to put payloads on the Moon.

If we can whittle costs down to about $50,000 per pound to deliver a lunar payload – that’s one-tenth of the current costs – the commercial and scientific market would grow exponentially. As for individuals, Astrobotic has already generated a lot of interest with a program called MoonMail, where people can send a family memento to the Moon in a capsule for a few hundred dollars.

In the near term, companies are especially interested in mining the Moon for precious metals like platinum and helium-3. In the long term, the Moon could serve as a destination for space tourism, as well as a way station for missions to planets and asteroids. All this depends on our willingness to push humanity’s presence beyond Earth, and Astrobotic very much wants to be a part of that endeavor.

By posting a comment you confirm that you have read and accept our Posting Rules and Terms of Use.
Advertisement
RELATED ARTICLES
Astrobotic to fly NASA’s water-hunting rover to the moon
NASA Looks to Aerospace Vendors for New Moon Delivery Service
Robots Break Free from the Factory--Part 1
NASA awards Intuitive Machines lunar delivery contract
Lunar Xprize Foundation's Moonshot Award could go to SpaceIL, Beresheet
Advertisement