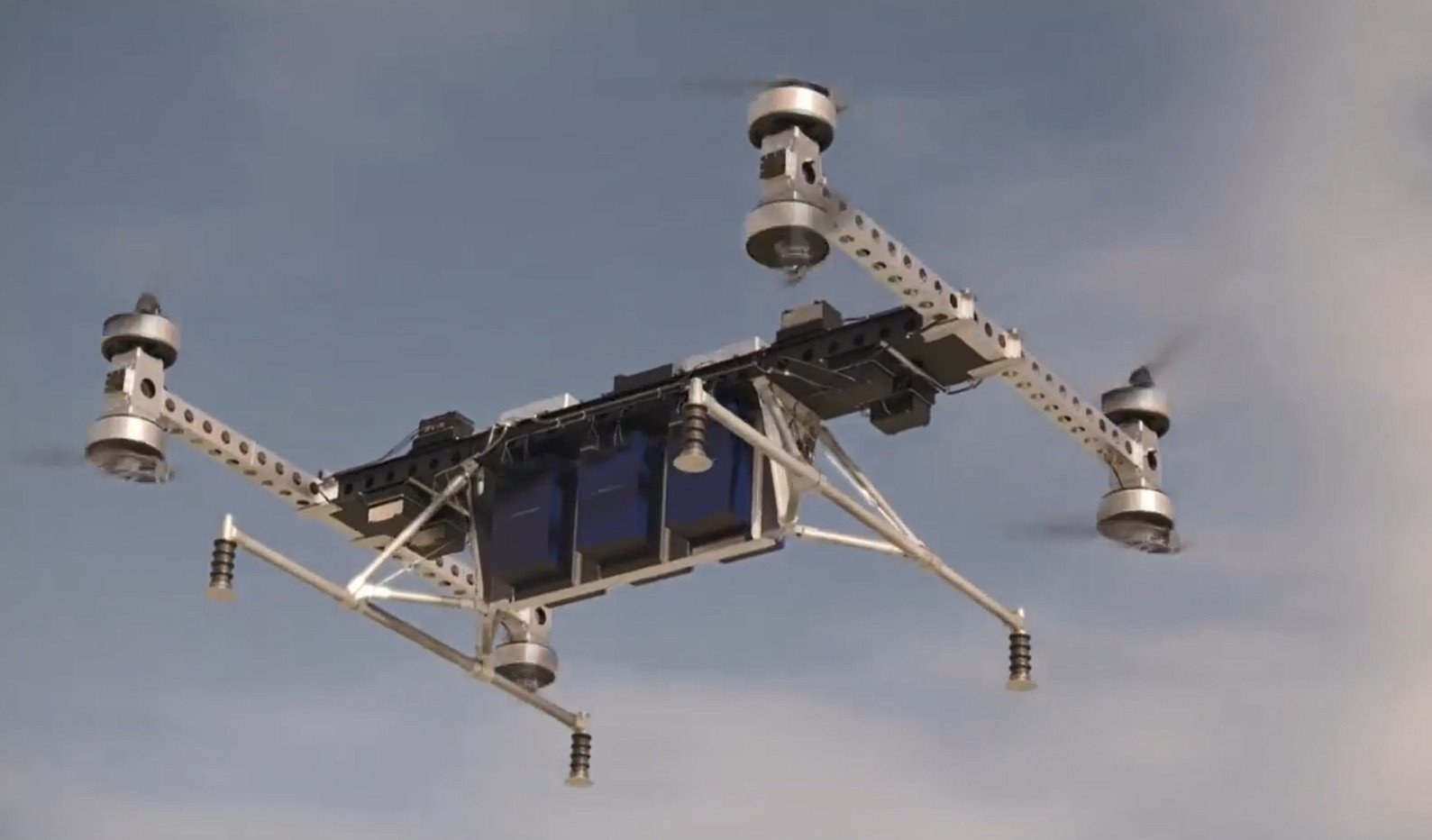 In some areas, the CAV’s performance metrics compare favorably to traditional cargo aircraft. By one measure of an aircraft design’s efficiency, payload fraction (calculated by dividing an aircraft’s maximum payload by its maximum takeoff weight), the prototype is far ahead. The CAV has a payload fraction of about 67 percent. For a Boeing 747-8F wide-body freighter, that metric sits at only 30 percent. The full size jetliner far outpaces the drone by other measures, though, with a maximum payload capacity over 290,000 lb (130,000 kg) and a range of 4,120 miles (7,630 km). Boeing hopes to extend the battery-powered prototype drone’s delivery radius to 10 to 20 miles (16 to 32 km).

Transportation and delivery by unmanned air vehicles is increasingly seen as a way to improve logistics efficiency. Amazon has been working on developing a drone delivery service to get packages under 5 lb (2.3 kg) to customers in less than half an hour. It trialed its Prime Air service in the UK, delivering the first package to a customer in Cambridge, England, in December 2016. A major hurdle to further expansion is the regulatory environment. Amazon is working with policymakers in various countries to gain permission for Prime Air drone operations.

Boeing’s CAV was designed and built in less than three months by a team of engineers and technicians assembled from across the aerospace giant. The development was led by Boeing HorizonX in collaboration with Boeing Research & Technology. Boeing is also working on a prototype passenger eVTOL air vehicle through a company it acquired four months ago, Aurora Flight Sciences. Aurora is one of several firms working with Uber to develop a network of flying taxis.

"This flying cargo air vehicle represents another major step in our Boeing eVTOL strategy," said Boeing Chief Technology Officer Greg Hyslop. "We have an opportunity to really change air travel and transport, and we'll look back on this day as a major step in that journey."

By posting a comment you confirm that you have read and accept our Posting Rules and Terms of Use.
Re: Boeing Reveals a New Cargo Drone Prototype
#1

Ok, all software and firmare has bugs. Mechanical systems fail all of the time. I would rather have a human piloting the system with a machine available for backup like our present systems. When one of these reboot or fail and if plows into a school killing hundreds of kids we will see how the future goes for robotic flying, driving, control systems. I have to reboot every computer I work with at least once a week including my phone...