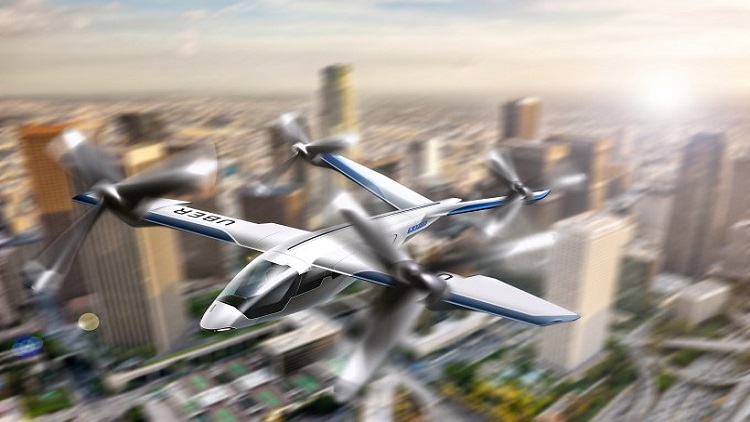 You would have to be completely oblivious to have missed out on the explosion of unmanned aerial systems (UASs), known colloquially to the world as ‘drones.’ Over the past decade, the electric motor, sensing and communications technologies that make them possible have met economies of scale, which means that owning a drone is a common hobby, available to anyone with an interest and spare $200 or so. Furthermore, Business Insider Intelligence predicts a staggering compound annual growth rate of over 66%.

Today, these same technologies are being scaled in a different sense — the physical one, as drones are getting larger to accommodate more payload. The components needed are not radically different than those in a consumer DJI or Yuneec drone. Electric motors are organized in a familiar quadcopter configuration. A multitude of sensors capture data about the drone and its environment: barometers for altitude; GPS for location; accelerometers or inertial measurement units for direction and speed; tilt sensors for drone balance; image sensors for image capture; and many more. And finally, the cellular communication software and hardware to communicate with controllers and various infrastructure or systems. Drones are nothing like the remote controlled planes of bygone days; they have more in common with a flying smart phone.

Once the unmanned aerial vehicle (UAV) becomes large enough, it can carry cargo or people. Based on recent investments, many aerospace and automotive companies believe the latter is well within reach. UAVs for individuals is no longer a fringe idea. And while the concepts may not quite look like those from The Jetsons, they are functionally the same: on-demand, rapid aerial transport between many short and medium-range locales.

Yet the path to air mobility is long and winding, and here is why.

Even though drones can be owned by the average consumer, expect that the flying car will be out of their reach — at least at first. Instead, these are likely to be offered as on-demand services, much like a taxi or rideshare app.

Indeed, Uber was an initial early investor and created Uber Elevate, which it later sold.

At the intersection of three markets — automotive, aerospace and ridesharing — the air taxi business has brought various companies into unexpected competition. As of now, there are various startups and entrenched aerospace and automotive manufacturers innovating in this space.

Take the Boeing passenger air vehicle. It is a quadcopter passenger vehicle also equipped with a pusher propeller in the aft and a tractor propeller in the fore. Boeing also felt the craft had a longer-term sustainability benefit, as it was completed electric. Ultimately, Boeing pulled the plug on it amid the 2020 pandemic and its effect on the market. Yet hope remains that their partner Aurora Flight Science will continue the concept in some fashion.

Uber Elevate was another casualty of 2020. Uber decided to spin off various high tech divisions, including its air mobility and taxi projects. Prior, it had envisioned a day where tilt rotor aircraft flew between San Francisco and San Jose, California, in just 15 minutes, a trip that takes more than two hours by car.

What’s clear from the Boeing and Uber decisions is that air taxis are not quite market ready. Nonetheless, various other companies continue to invest in startups or develop their own concepts.

Perhaps most surprisingly, earlier this year Cadillac unveiled a really ambitious urban mobility concept that could be described as an enclosed sofa with rotors. Designed for just one person and predetermined destinations, the Cadillac concept pushes the limits on what air taxis might actually look like once fulfilled. 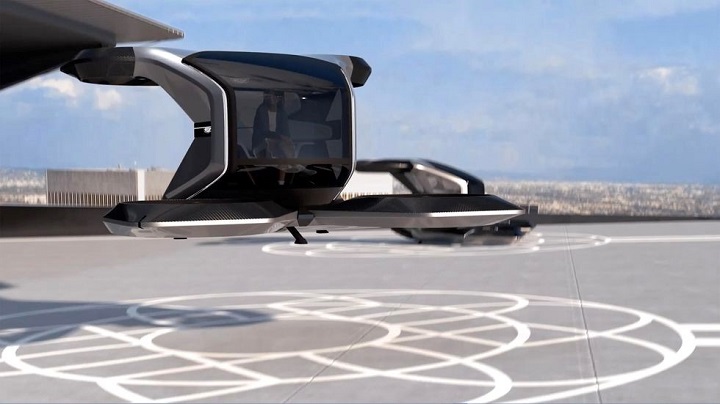 Various other companies, such as Toyota, Tesla, Airbus, Aston Martin and many more have announced investments or intent to get into the air mobility space. How much of this is hyperbole or posturing is speculative, but it certainly seems plausible that at least one of these concepts will come to life and market.

Challenges on the horizon

There are a few other obstacles in the way before air taxis can touch down.

The National Airspace System is a many-tiered, complex legacy system of airspace management. Now, most airspace in the U.S. is rural and wide open and poses no concern for autonomous aircraft. But these rural areas are not where these vehicles are needed; they need to be deployed in high population density areas, which also tends to be where the most air traffic occurs.

On any given day, the FAA handles approximately 45,000 flights. About 27,000 of those are general aviation aircraft that often fly under visual flight rules and are not actively separated by air traffic control services. The best solution, and perhaps the only solution, will be to establish strict air traffic corridors dedicated to autonomous aircraft. These corridors will be the interstate system for air taxis and will travel between hubs. The defined altitude blocks offer protection for all parties in the air, since traditional fixed-wing and rotary-wing aircraft will still be prevalent.

Batteries are one component that have difficulty scaling up to the larger size. In many hobby drones and electric vehicles (EVs), the batteries are typically used for a couple of hours a day, at most. For an air taxi to be profitable, it would need to work at least a regular shift per day, potentially six to 10 hours, or even more.

The power supply is a current major hindrance. The batteries that would deliver this are quite large and expensive, and would need to be custom engineered for the craft to aerospace regulations. The cost per kilowatt is a major obstacle on a prototype basis, and EV battery suppliers are often unwilling to obtain aerospace certifications for small scale projects.

Similar to airspace, this is another area that is currently unregulated, and will certainly require government and industry standards to ensure minimum crash safety. It is highly likely that future air taxis will need some type of parachute or other braking or cushioning system.

Cryptocurrencies are funding rocket missions into space. Artificial intelligence learns from people and then tells robots what to do. Flying cars are set to become reality.

It is important to remember that with each innovation comes growing pains. And although air mobility seems almost assured, there is no expiration date. It will arrive when the market, technology and industry are ready.

And remember Henry Ford’s famed quote: “Mark my word: A combination airplane and motorcar is coming. You may smile, but it will come.”

John McCoy is an airplane technician, pilot and technical writer from Kansas. His expertise lies in maintenance, repair and ground support operations for the aviation industry. He has 15 years experience in airport operations and management and 10 years experience in turbine aircraft maintenance. He also flies recreationally as a light sport pilot.

By posting a comment you confirm that you have read and accept our Posting Rules and Terms of Use.
Advertisement
RELATED ARTICLES
NASA and Uber Team Up to Explore Safety of Future Urban Airspace
Report: GM may get into the flying car business
NASA and Uber Join Forces to Make Flying Taxis a Reality by 2020
AirSpaceX Reveals Sub-Scale Model of its Electric Air Taxi
Novel propulsion system promises high-speed, low-noise, vertical-takeoff-and-landing flight
Advertisement