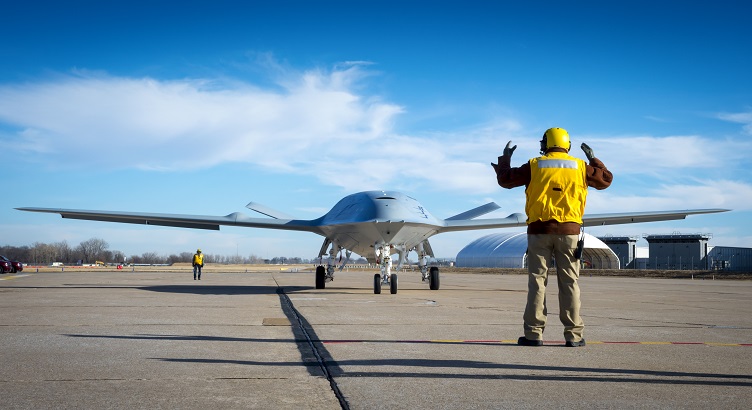 The MQ-25 Stingray drone being developed for the U.S. Navy. Source: Boeing

Boeing has been awarded a new contract by the U.S. Navy to build what it claims is the first operational carrier-based unmanned aerial vehicle (UAV) capable of refueling other aircraft.

Boeing will engineer and manufacture four MQ-25 Stingray aircraft that will allow combat strike fighters to extend the range of being deployed by refueling in mid-air flight. The MQ-25 drone will seamlessly integrate with a carrier catapult and launch and recovery systems.

“As a company, we made an investment in both our team and in an unmanned aircraft system that meets the U.S. Navy’s refueling requirements,” said Leanne Caret, president and CEO, Boeing Defense, Space & Security. “The fact that we’re already preparing for first flight is thanks to an outstanding team who understands the Navy and their need to have this important asset on carrier decks around the world.”

The contract is valued at $805 million.

By posting a comment you confirm that you have read and accept our Posting Rules and Terms of Use.
Advertisement
RELATED ARTICLES
Unmanned Drones Launched from Aircraft Carriers Will Refuel Navy Planes in the Sky
Boeing Unveils a Drone Capable of Landing on an Aircraft Carrier
Royal Navy Ship Launches 3D-Printed Drone Aircraft
Aircraft Carrier Techniques Applied to Drone Launch and Recovery
Boeing Reveals a New Cargo Drone Prototype
Advertisement