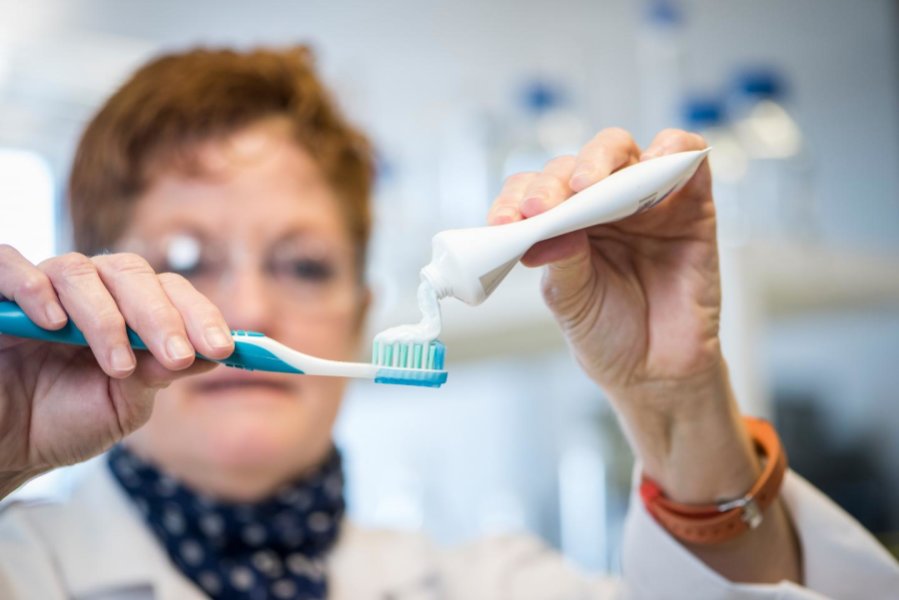 Dr. Janet Scott, Centre for Sustainable Chemical Technologies, University of Bath.In an effort to cut the amount of plastic contributing to ocean pollution, scientists and engineers from the University of Bath have created biodegradable cellulose microbeads to take the place of the plastic ones often found in cleaning products and personal care products.

Typically used as an ingredient to smooth the texture of cosmetics and sunscreens, researchers believe that 100,000 of the less than 0.5 mm plastic microbeads are released into the ocean with just one shower.

However, because of their size, traditional sewage filtration methods aren’t effective at removing them. Instead, they end up in rivers and oceans for birds, fish and, eventually, humans to ingest.

Thanks to the campaigning efforts of environmental groups, the UK government has pledged to ban the plastic microbeads this year, triggering scientists and engineers to develop a biodegradable renewable alternative to the beads.

Scientist dissolved cellulose—an ingredient that forms the tough fiber found in wood and plants—to reshape it into small beads that are eventually “set.” The beads are able to both remain stable in a body wash and also able to be broken down during the sewage treatment process.

Dr. Janet Scott, Reader in the Department of Chemistry and part of the CSCT, said: "Microbeads used in the cosmetics industry are often made of polyethylene or polypropylene, which are cheap and easy to make. However these polymers are derived from oil and they take hundreds of years to break down in the environment.

"We've developed a way of making microbeads from cellulose, which is not only from a renewable source, but also biodegrades into harmless sugars.

"We hope in the future these could be used as a direct replacement for plastic microbeads."

The research is published in the journal ACS Sustainable Chemistry and Engineering.

By posting a comment you confirm that you have read and accept our Posting Rules and Terms of Use.
Advertisement
RELATED ARTICLES
Cellulose Microbeads Reduce Plastic Waste in Rivers and Oceans
With Little Known About Glitter's Impact on the Environment, Scientists Urge Consumers to Look for Eco-friendly Alternative
Microbeads Already Removed from Some Products Ahead of UK Ban
Evidence of Deep-Sea Animals Ingesting Microplastics
Japan Passes Anti-Plastic Measure Without Including Penalties for Polluters
Advertisement