Baker's Yeast is the New Penicillin

Biologists at Imperial College London have found a new way to produce penicillin. They have re-engineered yeast cells to produce nonribosomal peptide antibiotic penicillin, which helps fight against bacterial diseases. This yeast was shown to have antibacterial properties against streptococcus bacteria in laboratory experiments.

This new discovery opens up new possibilities for yeast cells to develop new antibiotics and anti-inflammatory drugs. Synthetic biology could be the new route for discovering new antibiotics, and this is the first step.

Normally, nonribosomal peptides are produced by fungi and bacteria, which is the basis of most antibiotics. Using nonribosomal peptides to create conventional antibiotics has been something that pharmaceutical companies have been experimenting with for a long time. There has been a rise in resistance against antimicrobial medicines in recent years, and researchers have been searching for a way to create new antibiotics from bacteria and fungi. Researchers have noted that there is a need to use genetic engineering in the creation of these new antibiotics. Genetically engineering exotic fungi and bacteria has proven to be very difficult for a couple of reasons. First, scientists don’t have the correct tools to genetically engineer these fungi and bacteria. Second, these bacteria and fungi require special conditions to grow, and those conditions are hard to recreate in a laboratory. 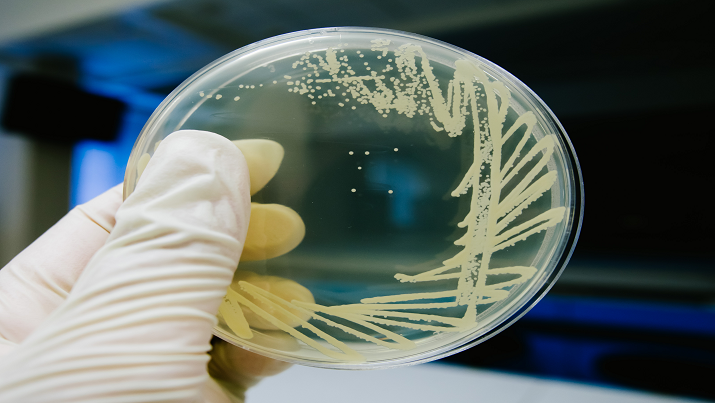 There may be a solution to these problems: baker’s yeast. Baker’s yeast is easy to genetically engineer. DNA from bacteria or fungi can be inserted into yeast and experiments can be performed because the yeast acts as a host for the bacteria or fungi, making antibiotic production research very easy. This allows researchers to test and make new gene combinations for new antibiotics.

This research is still in its early stages. Using this method, researchers have only been able to produce small quantities of nonribosomal peptide antibiotic penicillin. More research is required to determine if this method can be adapted to find other compounds and to get production up to commercial quantities.

Dr. Tom Ellis, from the Centre for Synthetic Biology at Imperial College London, explains: "The rise of drug-resistant superbugs has brought a real urgency to our search for new antibiotics. Our experiments show that yeast can be engineered to produce a well-known antibiotic. This opens up the possibility of using yeast to explore the largely untapped treasure trove of compounds in the nonribosomal peptide family to develop a new generation of antibiotics and anti-inflammatories."

Scientists have previously tried to use and re-engineer yeast to make penicillin, but the species of yeast was not amenable to genetic manipulation like baker’s yeast is. This made is unsuitable for the development of antibiotics.

They discovered that the cell expelled the penicillin molecules right into the solution it was in. The team just had to add the solution to the dish containing streptococcus bacteria and watch its effectiveness. This could simplify molecule testing and manufacturing.

"We believe yeast could be the new mini-factories of the future, helping us to experiment with new compounds in the nonribosomal peptide family to develop drugs that counter antimicrobial resistance," said Dr. Ali Awan, co-author from the Department of Bioengineering at Imperial College London.

The team is searching for new funding and industrial collaborators to continue their work. This research has been published in the journal Nature Communications.

By posting a comment you confirm that you have read and accept our Posting Rules and Terms of Use.
Advertisement
RELATED ARTICLES
Fungi Could be the Key to Developing New Antibiotics
Antibiotics are not the only factor in the spread of resistance
New microneedle technology continuously monitors drug delivery
Waging War on the Super Bugs: “It’s a Huge Collective Effort”
New Yeast Platform for Starch-based Ethanol
Advertisement