Semiconductor Developed that is Flexible as Skin, Organic and Biodegradable 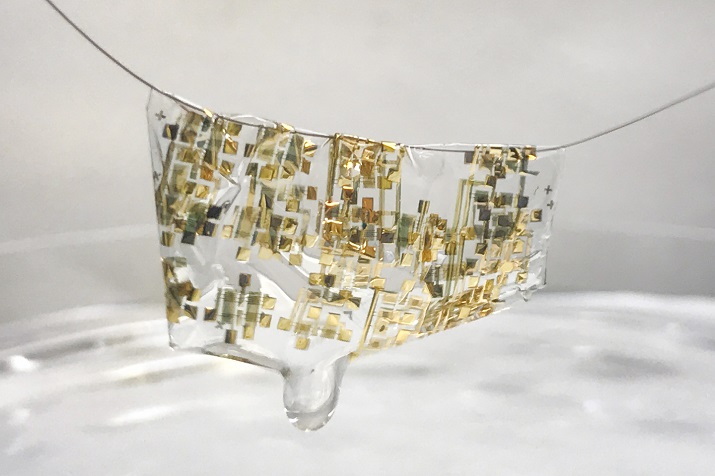 The flexible, biodegradable semiconductor shown on a human hair. Source: Stanford University Stanford University researchers have developed an electronic device that is stretchable, organic and can be degraded easily with a weak acid such as vinegar.

The researchers developed the idea of the new semiconductor because of the mounting waste produced by the electronics that have become ubiquitous in people’s daily lives — from smartphones to wearables to computers.

“This is the first example of a semiconductive polymer that can decompose,” says Ting Lei, a postdoctoral fellow at Stanford and lead on the project.

The challenge was to create a material that was both a good electrical conductor and was biodegradable, a tough job considering traditional polymer chemistry.

They found that by tweaking the chemical structure of the flexible material it would break apart under mild stress. “We came up with an idea of making these molecules using a special type of chemical linkage that can retain the ability for the electron to smoothly transport along the molecule,” says Zhenan Bao, a professor of chemical engineering and materials science and engineering at Stanford. “But also this chemical bond is sensitive to weak acid — even weaker than pure vinegar.” 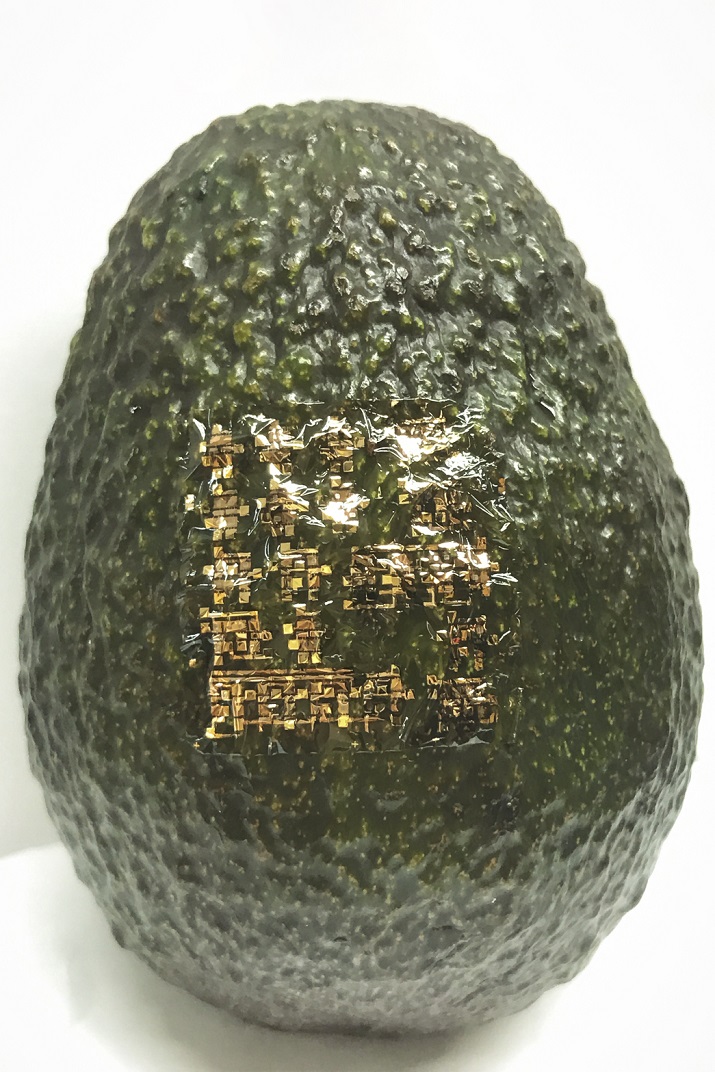 The flexible semiconductor can adhere to smooth or rough surfaces and biodegrade into nontoxic products. Source: Stanford University As a result, Stanford developed a material that could carry an electronic signal but break down without requiring extreme measures.

The substrate, which carries the electronic circuit and the polymer, was created from cellulose, the same substance that makes up paper. However, unlike pervasive paper, the team altered the fibers so it was transparent and flexible, while still breaking down easily. This thin film substrate could be used then to be worn on the skin or even implanted inside the body.

Use Cases for Biodegradable Electronics

Stanford researchers believe this breakthrough could have a dramatic impact on a plethora of industries and applications.

From wearables to environment surveys or soft patches worn on the skin that measure blood pressure or other vitals, the possibilities for biodegradable electronics are vast. A person could wear a patch for a day or a week, then download the data and dispose of it without any mess.

Because the polymer breaks down to produce concentrations much lower than acceptable levels found in drinking water, the electronics could be used for insertion into the human body to gather data on heart disease or glucose data. Or it could be used to survey the landscape such as a forest, by dropping numerous biodegradable electronics by airplane.

“It’s a very large area and very hard for people to spread the sensors,” Lei says. “Also, if you spread the sensors, it’s very hard to gather them back. You don’t want to contaminate the environment so we need something that can be decomposed.” Using biodegradable electronics would eliminate any unnecessary littering of the forest or other area.

The full results from the Stanford research were published in the Proceedings of the American Academy of Sciences.