Engineers have demonstrated how a process for the "carbonization" of wheat flour creates numerous tiny pores that can capture carbon dioxide, representing a renewable technology to potentially reduce the industrial emission of carbon dioxide into the atmosphere. 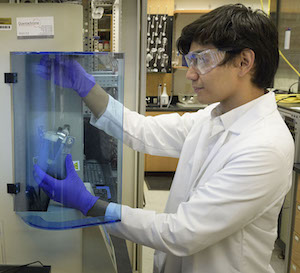 Purdue University researchers led by Vilas Pol, associate professor in the university's School of Chemical Engineering and its School of Materials Engineering, developed a process that creates carbon "compartments" from wheat flour. Collaborating with researchers at Korea University, in Seoul, they studied carbon dioxide capture in these novel carbon compartments.

Future research will focus on work to adsorb larger quantities of carbon dioxide.