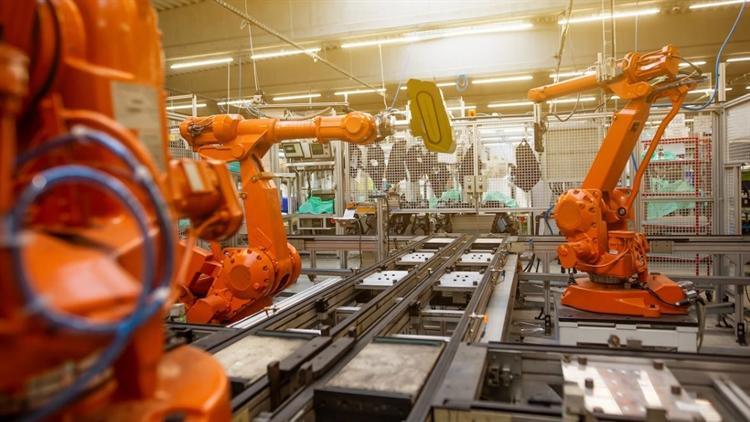 A dystopian world where robots take over is often the subject of futuristic movies and books. With Industry 4.0 a different kind of automation comes into the robotic landscape that combines powerful data analytics and artificial intelligence. Now, robots can complete even more complex tasks and many workers may begin to fear being replaced by industrial robots.

Since the start of the Industrial Revolution many researchers and economists have predicted a jobless future due to the takeover of industrial machines, but time after time new jobs have only replaced those lost to automation. In the Great Depression with global unemployment rates hitting a peak of 24.9% in 1933, John Maynard Keynes famously predicted mass technological replacement and unemployment.

“In quite a few years -- in our own lifetimes I mean -- we may be able to perform all the operations of agriculture, mining, and manufacture with a quarter of the human effort to which we have been accustomed.”

These fears were abated as economies recovered and resurfaced after the conclusion of World War II. As economies expanded, incomes increased, and unemployment rates fell. Machines have transformed the way people live their lives and carry out business. Manufacturing output and global wealth have increased as a result of heightened efficiency and productivity.

During the COVID-19 pandemic with many services shut down, unemployment increased to a peak of 14.7% in April 2020 in the U.S. The pandemic also created jobs such as COVID-19 contact tracers, caregivers, testers and temperature screeners. As of September 2022, the unemployment rate has recovered to 3.5%.

Automation is here to stay: with increased efficiency and reducing repetitive strain injury for workers, automation performs repetitive routine tasks with ease. From a health and safety perspective, automation can increase worker safety. With controllers, industrial machines can be directly manipulated by workers from afar, increasing workplace safety further.

As artificial intelligence (AI) and Industry 4.0 advance to further stages, manufacturing industries can expect to see cost savings with automation and workers can expect to see changing job requirements. Certainly, automation has increased the standard of living as robots continue to lower the cost of goods and services.

With the advances of technology, remote work has become a reality for many job sectors. With telework, there is a reduced need for transportation and as a result, less need for vehicles and commercial buildings. This results in a possible reduction of global air pollution, though more research is needed in this area.

Almost 10 years ago, in 2013, Carl Benedikt Frey and Michael Osborne used a machine learning algorithm to analyze 702 occupations for how susceptible they were to being automated. Their research paper concluded an estimate of 47% of jobs in the U.S. were at risk of automation in the next decade or two. However, their analysis did not consider how new jobs have been created and evolved as industry needs changed.

The relationship between automation and jobs is more complicated than simple destruction and creation. The question about whether automation will create more jobs than it destroys has been pondered by economists throughout the world, and it is clear there are more factors than just the number of jobs to consider.

Robots may be able to boost wages as well as productivity. As we have seen so far, due to technological progress wages have increased substantially. However, while automation can boost wages it can also lower wages for others. Workers who have been displaced by automation may end up competing in the same job pool as other workers for similar skill level jobs. This can create a race to the bottom effect where individuals with lower education and less experience may struggle to find job placements at adequate incomes.

Young workers as well as those nearing retirement may face the brunt of this dilemma. In addition, fearing being replaced by a smart machine can reduce job satisfaction in low-skilled workers. Appropriate measures by employers may reduce tensions and enable two-way communication.

The right training can close the tech skills gap. In a digital world, digital skills are a necessity for both future generations and current workers who can undergo training to adapt to increased job requirements.

Technology can allow people to reduce the skills needed for many careers. A common example is how taxi drivers had to be able to navigate city streets from memory, but with the rise of GPS, the amount of skill needed to become a taxi driver decreased. Likewise, pilots used to be paid a premium for flying at nighttime and over mountains, but as technology advanced, it was no more dangerous to drive over mountains or flat terrain or in the day versus the night.

There are sociological and political impacts of automation and people have proposed solutions ranging from universal basic income, spreading work through reduction of hours, and retraining individually or with government assistance. Historically, new technologies have often both displaced workers in the short term and also benefited the economy in the long term.

Automation affects industry sectors differently as well and different approaches can be taken to reduce disruption based on the industry. Overall, automation may displace workers but may open more opportunities for skilled workers and create more jobs as wealth increases. Robots are not able to replace human connection and the desire for people to interact with one another. Jobs that require a social and creative aspect are also not at risk for automation.

Technology does not remove the need for human workers, but it does change the type of work they need to perform and sought-after skillsets. With the integration of technology in every aspect of society the next generation should consider learning new tech skills early to get ready for a digitally transforming industrial landscape. As such, there will be a rise in the need for education and retraining for workers to adapt to new technologies.

Jody Dascalu is a freelance writer in the technology and engineering niche. She studied in Canada and earned a Bachelor of Engineering. Jody has over five years of progressive supply chain work experience and is a business analyst. As an avid reader, she loves to research upcoming technologies and is an expert on a variety of topics.

By posting a comment you confirm that you have read and accept our Posting Rules and Terms of Use.
Advertisement
RELATED ARTICLES
IT Workers in Great Demand; Everyone Else? Not So Much
Between 400 and 800 Million Jobs Lost to Automation by 2030: McKinsey
Automation Threaten 80 Million U.S. Jobs, Says BoE Economist
Study: Workers would prefer to lose their job to a robot instead of to another human
Study: Workers prefer robots take their jobs, rather than other people
Advertisement