According to a new report by McKinsey Global Institute, between 400 and 800 million jobs around the world will potentially be lost by 2030 to automation, with roles usurped by robotics, artificial intelligence, self-driven cars and customer service software.

The impact of new technologies will likely be most significant in developed economies. Up to one-third of workers in the United States and Germany will have to learn new skills to find other occupations, and in Japan the percentage of affected workers may reach 50 percent. In less developed economies, like Mexico and Latin America, where salaries are low and are expected to remain low, the impact will be less pronounced. For instance, of the total of 68 million workers in Mexico in 2030, only 9 million will be displaced.

"Mexico has a young population and a growing workforce. The level of salaries can reduce the implementation of automation in the country," the report highlights. 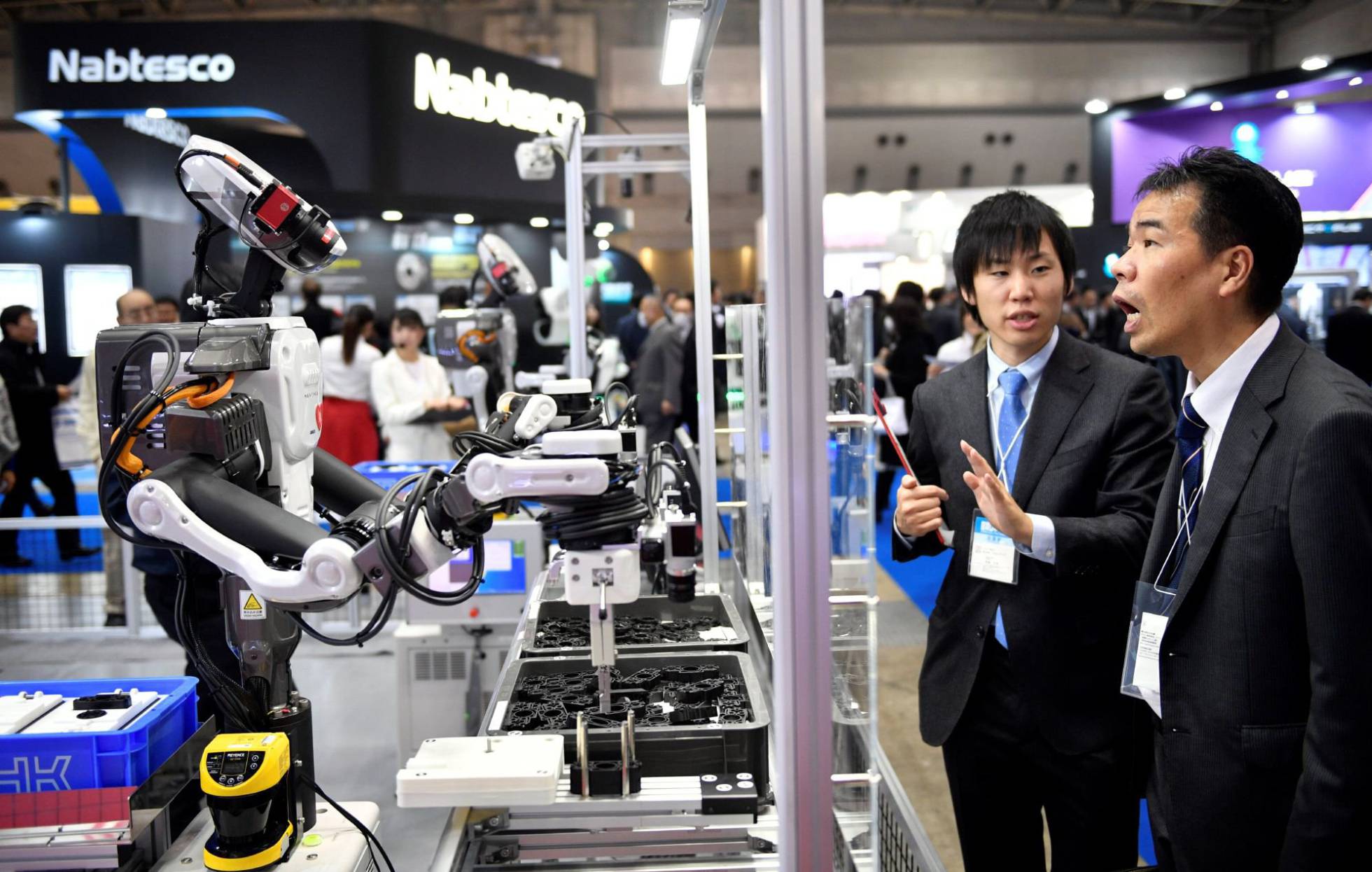 Attendees watch an industrial robot at a robotics fair in Tokyo. Source: EFE

McKinsey analyzed the effect of industrial robots in 46 economies that account for almost 90 percent of global GDP. In addition, they made detailed projections of the impact of automation in six countries: the U.S., China, Germany, Japan, Mexico and India.

“Countries have to find ways to relocate workers displaced by automation. In the scenarios in which some of the displaced people have been years to find a new job, unemployment grows in the short and medium term. In the long term unemployment is reduced and the labor market adjusts, but with a lower wage growth," the report says. 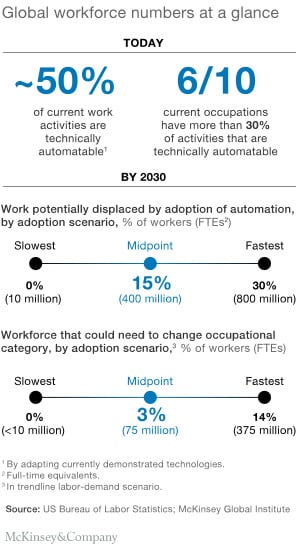 In addition, the report states adjustment to technological changes will hit workers with a low technical education background harder than others. On the other hand, people with college degrees or graduate training will be the least affected. Among the most affected activities identified by the consultancy are machine operators and employees in fast food chains, as well as workers who collect and process data.

The effects on workers, as calculated by McKinsey, vary according to the projection taken into account, dependent whether automation advances at an intense or gradual pace. The accompanying graph shows the number of possible displaced workers globally in two scenarios: a 3 percent pace and a 15 percent pace.

The researchers point that the effect on the labor market may be totally different from the results of the study. Innovation, adequate economic growth and investments can generate enough jobs to offset those lost through automation.

The report can be found here.

By posting a comment you confirm that you have read and accept our Posting Rules and Terms of Use.
Advertisement
RELATED ARTICLES
$800 Billion Annual Shortfall in Global Infrastructure Investment
The Robot Uprising Won't Be as Dire as First Predicted
Study: Workers would prefer to lose their job to a robot instead of to another human
North American companies rush to add robots as demand surges
Report: Robots Will Take Over More than 50% of Work Tasks By 2025
Advertisement