When it comes to massive beasts of the prehistoric world, few creatures can compare to the woolly mammoth. These imposing animals roamed the Earth for millions of years before going extinct around 10,000 years ago. But what if modern science were able to bring these animals back from extinction? Thanks to biochemistry, that might not be as far-fetched as it sounds. Researchers have been working on ways to create meat substitutes that would share the same heme that is found in chicken, beef, pork and mammoth! They're getting closer and closer to bringing this plant-based meat to consumers. So what's the holdup? The biggest challenge is creating a product that tastes good enough to compete with conventional meat products. 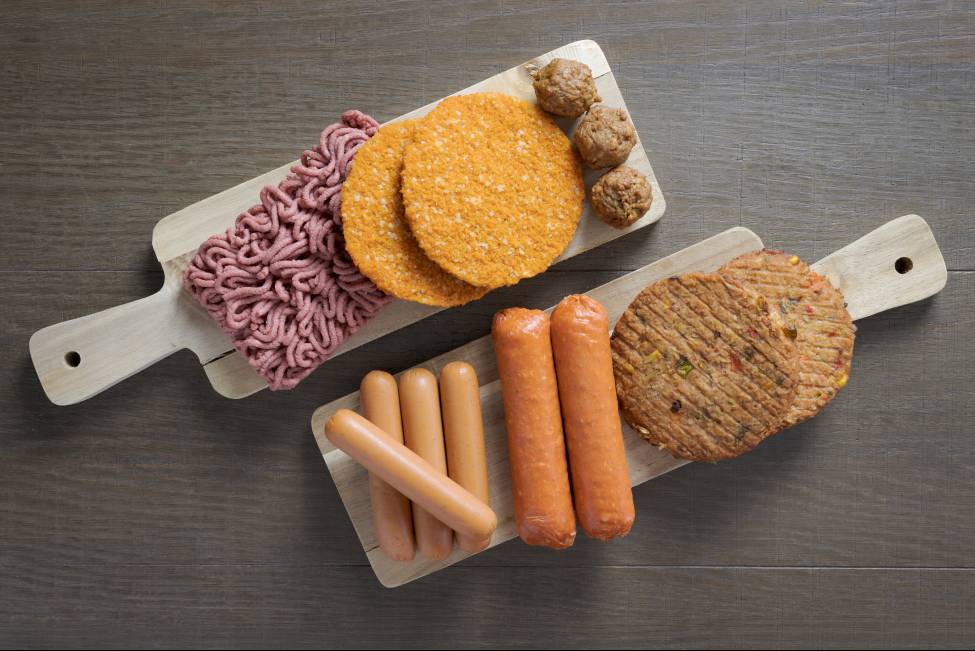 Plant-based meat is becoming increasingly popular, as people are looking for ways to reduce their meat consumption or eliminate it altogether. While there are many plant-based meat products on the market, they often rely on animal-derived ingredients like heme to give them that authentic meaty flavor.

But first, what is heme? It's an iron-containing compound that's found in all living cells, and it's what gives blood its red color. Heme is also responsible for the characteristic flavors of beef and pork. This makes it perfect for use with meat analogs, which are often made from plants and lack the heme that gives the flesh of animals its distinctive taste.

Why add heme to plant-based meat? The simple answer is that it makes the final product taste more like meat. But there's more to it than that. Heme also helps the finished product retain moisture, which is important for juiciness, and it promotes browning, which gives plant-based burgers and other products a more appealing appearance.

So, how can you create heme without using animals?

One option that this team of researchers used is precision fermentation. This method of fermentation uses genetically modified yeast to produce food and beverage products, and bypasses the strict restrictions in Europe surrounding genetically modified food. By using this method, manufacturers can create products that are safe for consumers and that meet the European Union's standards for food safety. Such fermentation is conducted by first modifying the yeast through genetic engineering. The yeast is then used to ferment food or beverage products.

This makes it a perfect ingredient for plant-based meat products, and will lead to more sustainable choices for meat lovers in the future. Its patent for this method was published by the World Intellectual Property Organization recently, and their heme-infused foods could become a reality next year.

This research provides a promising alternative for those companies that are looking for ways to create plant-based meat products without using any animal ingredients. It's a more efficient way to produce several different heme options, and it has the potential to revolutionize the plant-based meat industry.

Creating a wooly mammoth heme started off as a challenge for the researchers. Mammoth DNA has been preserved in part through permafrost, and the team had to find a way to recreate the mammoth heme using modern techniques and resources. After much trial and error, they finally succeeded in recreating the elusive protein.

They found that the wooly mammoth protein was actually more stable than those found in other animals. This made it the perfect candidate for use in modern foods, and they also found that it was more aromatic than most other ingredients.

This is a clear indication of what can be done with heme. While everyone may not be lining up for some wooly mammoth, the potential for other animals is there. This shows that with the right research and development, we can create ingredients from extinct and current animals that can be used in modern foods.

This is an important step forward in our understanding of how to use heme, and it could have far-reaching implications for the food industry. With the right application, heme could be used to create all sorts of new and exciting products. Who knows what the next big thing will be?

Heme-based sustainable food products have the potential to change the way we think about food production. They offer a more environmentally friendly and ethical alternative to traditional meat and poultry products, which often come from animals that are raised in conditions that are less than ideal. Heme-based proteins are also more efficient in terms of their use of resources, meaning that they have a smaller environmental footprint than traditional meat and poultry products.

Nonetheless, heme-based sustainable food products offer a promising alternative to traditional meat production, and their potential impact on the world is considerable.

Mammoth meat is coming to a grocery store near you, and it’s all thanks to biochemistry. Heme, the molecule that gives meat its red color and distinctive flavor, can be created without slaughtering animals. The only catch? So far, the process of creating the wooly mammoth heme has been challenging. But scientists are up for the task, and we can expect to see this plant-based protein on menus in the very near future.

What do you think about mammoth meat? Will you try it when it becomes available? Let Engineering360 know in the comments below!

By posting a comment you confirm that you have read and accept our Posting Rules and Terms of Use.
Advertisement
RELATED ARTICLES
Study Looks at Consumer Feelings About Lab-grown Meat
Household Pets Unexpected Greenhouse Gas Contributors
Dietary choices for improved environmental sustainability
Precision fermentation stirs up solutions for food supply gaps
10 Percent of Meat Dishes Sold in Mexico Contain Horse Meat, According to Study
Advertisement