RE2 Robotics, a subsidiary of Sarcos Technology and Robotics Corporation, has developed an underwater robotic gripper for the U.S. Navy that is capable of mine countermeasures and explosive ordnance disposal (EOD).

The Strong Tactile mARitime hand for Feeling, Inspecting, Sensing and Handling (STARFISH), which was developed under the U.S. Navy’s Office of Naval Research (ONR) end-of-arm tooling (EOAT) project, can reportedly grasp and hold an assortment of objects in underwater environments where mine countermeasure and EOD tasks are necessary. 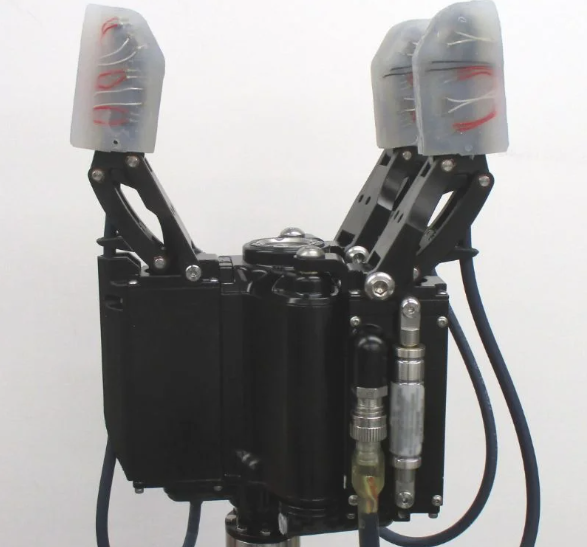 Currently, EODs are handled by human divers tasked with manually rendering such threats safe. However, the STARFISH robotic gripper takes over that potentially dangerous job using its three tactile-sensing fingers to grip small and larger objects, conforming to the shape of said objects. The STARFISH gripper can also reportedly perform fine motor skills such as squeezing tweezers.

Relying on the combination of visual and underwater sensors and next-generation haptic feedback for perception, the robotic gripper interacts with the underwater environment, communicating data — such as vibration, pressure and temperature — to a corresponding operator control unit.

In the near future, the STARFISH gripper will be attached to Sapien Sea Class underwater arms mounted on an underwater remotely operated vehicle (ROV) for testing.

By posting a comment you confirm that you have read and accept our Posting Rules and Terms of Use.
Advertisement
RELATED ARTICLES
Mine-sweeping underwater robot awarded contract with US Navy
Robotic gripper mimics elephant trunks
Watch a gripper robot that can handle food, tools
Robotic Fingers Aid Deep Sea Exploration
Outsourcing danger: The robots tasked with dangerous jobs
Advertisement