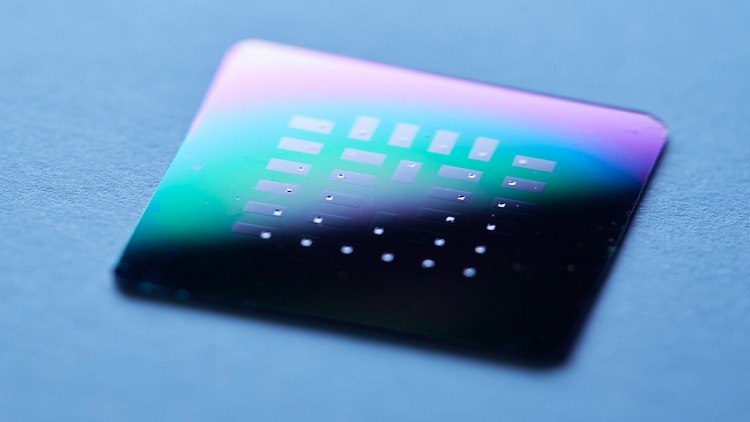 Implants such as pacemakers rely on batteries that occupy a large proportion of device space and need to be replaced by surgery when depleted. The search for an alternative power supply has resulted in an ultrathin glucose fuel cell that converts glucose directly into electricity. Unlike batteries, this biocompatible solution developed at MIT does not store energy but directly converts the glucose in bodily fluids into energy, allowing for scaling down.

The anode in this fuel cell reacts with glucose in the body and transforms it into gluconic acid, emitting a pair of electrons and protons. An electrolyte based on ceria, a stable ceramic, separates the protons and electrons conducting through the fuel cells. The electrodes are made of platinum, which reacts strongly with glucose.

The researchers fabricated 30 fuel cells with crack-free membranes on a silicon chip, each around 370 nm thin and 300 µm x 300 µm in area. The ceramics glucose fuel cells with proton-conducting ceria films of less than 400 nm in thickness can deliver a peak power density of up to 43 µW/cm2 and peak voltage of about 80 mV at body temperature. The fuel cells also proved highly temperature resistant and can withstand up to 600° C without being damaged, allowing them to be sterilized using heat before implantation.

The sweet design described in Advanced Materials could be made into ultrathin films and wrapped around implantable devices to power the circuits from the body's glucose.

By posting a comment you confirm that you have read and accept our Posting Rules and Terms of Use.
Advertisement
RELATED ARTICLES
A Hybrid Biofuel Cell Designed to Power Implantable Medical Devices
Cheap and Effective Electro-catalysts for Fuel Cells
Glucose biosensor is powered by...glucose
4 game-changing medical technology innovations from the past decade
Asteroid Wipes Out Dinosaurs But Delivers Cancer Destroyer
Advertisement