Another record for solar cell efficiency 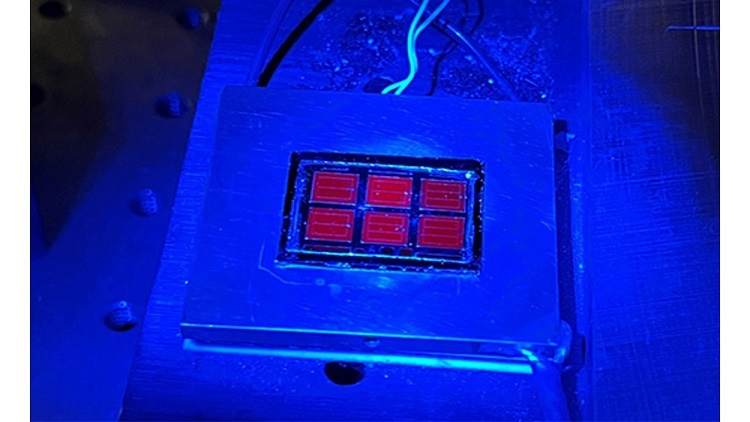 The triple-junction inverter metamorphic multijunction architecture-based device incorporates a quantum well cell. Each of the three junctions is characterized by a different bandgap, where each junction is tuned to capture and utilize a different slice of the solar spectrum. The top layer is composed of gallium indium phosphide while the middle layer with quantum wells is assembled with gallium arsenide (GaAs). Lattice- mismatched gallium indium arsenide forms the bottom layer.

Incorporation of quantum wells extends the bandgap of the GaAs cell and increases the amount of light that the system can absorb. The optically thick quantum well devices do not incur major voltage loss in a novel photovoltaic design intended to improve the economics of such cells for a variety of new applications. The conversion efficiency of the new cell architecture bests the previous record of 39.2% achieved by NREL researchers with a six-junction solar cell in 2020.

The solar cell design described in Joule is considered suitable for low-radiation environments, and higher-radiation applications may be enabled by future cell structure improvements.