Most photovoltaic systems employ silicon solar cells due to their relatively low cost and 20% solar conversion efficiency. Tandem cells have been designed to bolster the efficiency of Si-based devices, which are approaching theoretical efficiency limits. A cost-effective approach to tandem cell fabrication has been demonstrated by researchers from the University of Illinois, Arizona State University and Yale University. 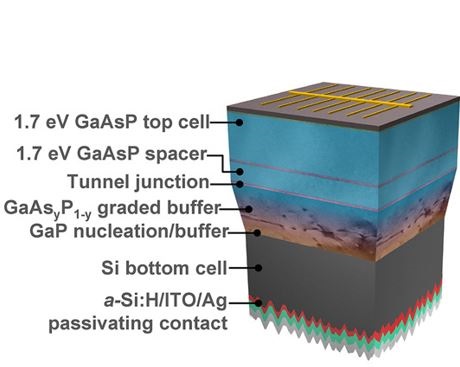 The design details published in Cell Reports Physical Sciences resulted in an increase in carrier lifetime and a tandem cell with an efficiency of 25%.